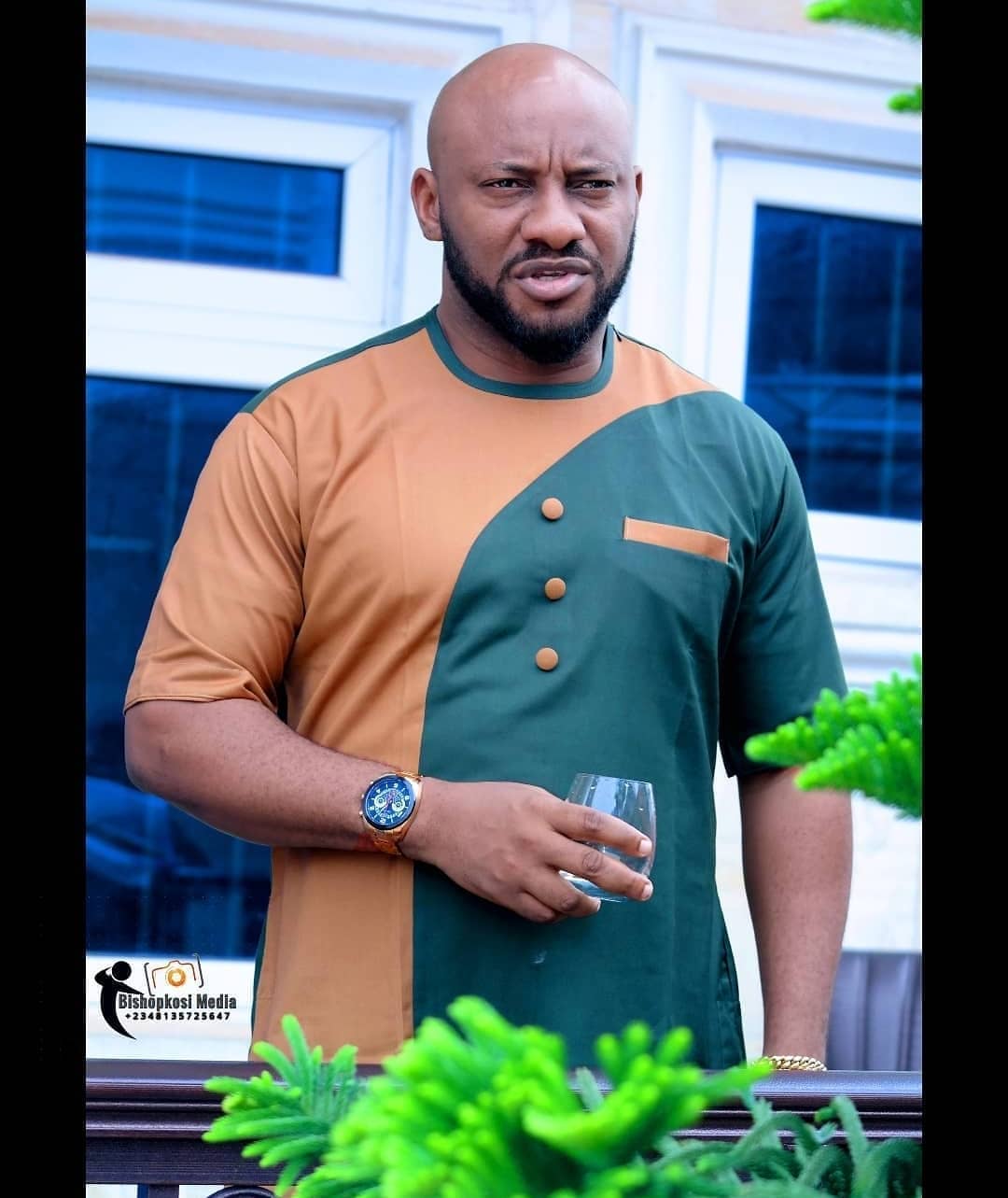 Yul Edochie is a popular Nigerian actor, producer , investor, politician, businessman, and television personality. His name Yul was named after a popular actor in Hollywood, Yul Brynner, in the movie “King and I” in 1956.

Yul Edochie is the last child of six kids and the son of a renowned Icon, Pete Edochie and Josephine Edochie, a broadcaster.

Spouse: May Aligwe and Judy Austin Moghalu( his second wife)

Yul Edochie was born on 7 January, 1982 in Enugu State but was raised both in Enugu and Lagos State. He hails from Nteje Local Government Area, Anambra State.

He was born into a Christian family of 8 and he is the last son of his parents. His father, Pete Edochie is a renowned Nigeria actor and mother, Josephine Edochie, a broadcaster.

Yul Edochie  was admitted into University of Port Harcourt where he studied Theater Arts and bagged his B.Adegree.

YulEdochie movie career journey began after relocating to Lagos in 2005. He was housed by Nigeria Actor Nonso Diobi, who helped him a lot in the movie industry. Luckily, he made his first debut in the movie, “The Exquires” together with late Jutus Esiri and Enebelie Elebuwa in that same year.

In 2007, he became very popular after been featured in a movie Wind of glory together with Nnaji Genevieve and Desmond Elliot. Since then, he has acted a lot of movies along side Nigeria renowned artistes like Patience Ozokwor, Olu Jacobs, John Dumelo, Mercy Johnson and many more

For his quest to build more strong and professional Nigerian actresses and actors, he opened a Film Academy in Lagos and was launched in the year, 2015. His strong purpose for the academy was due to prevention and lack of quality and professionalism of youngsters in the movie industry.

The Academy is a training ground for aspiring Nigerian actresses/actors who are passionate to work and produce more quality movies for the industry. These youngsters are being trained by Yul Edochie and present for future opportunities in the movie world.

In 2019, he emerged as the brand ambassador of non-governmental organization (NGO) Citizen Journalist network.

Yul Edochie took interest in a political affairs when the Not too young to Run bill was passed by Nigerian Senate. He declared his intention to run as the Governor of Anambra state on 14 of July,2017. He picked up his nomination form under the Democratic People’s Congress (DPC) on August 22, 2017 and became the gubernatorial candidate and the flag bearer of the party. He later lost in the general election as the 19th candidate out of the 37th Candidates that contested for the election.

On July 6, 2018, he was appointed as senior special Assistant to Governor Willie Obiano on Creative and entertainment media.

In 2019, he wanted to contest for presidency position but later dropped and supported another candidate named Atiku Abubakar under People’s Democratic party (PDP). He also made know to the public to run for this coming 2023 election under All Progressive  Grand Alliance (APGA).

Yul Edochie is married to May Aligwe Edochie at the age of 22years. This union took place in 2004 and they are blessed with four kids (3 sons and a daughter). He later got married to his second wife, Judy Austin in 2022 as his result of having another affairs outside his marriage with one of his fellow actors.

He made it known to the public on April, 2022 which stirred a lot of controversy comments online on “polygamy”. His second wife gave birth to his fourth son Star Dike Munachimso and they are really happy with the union.

He stated his reasons for that in his video, he posted on his Facebook page. Yul Edochie said that, he couldn’t have allowed another woman into his life but they are some people you can’t just let go in your life. He said his second wife has created a lot of impact and was unable to end their relationship which led to their marriage.

The palace, Royal castle and Tinsel.

Yul Edochie is one of the prominent and richest actors in Nigeria. They said he chargesover #1million per movie. Currentschoolnews.com estimated his Net worth around $1.8million.

You can connect with Yul Edochie on his official social media Handle:

Some of Yul Edochie’s Quotes

1 Where is Yul Edochie house?

Yul Edochie owns a 3 story building in lekki, Lagos. This is where he stays with his family.

2 Who is Yul Edochie’s first wife?

Yul Edochie’s wife is May Edochie. She is the mother to Karl,Kambi, Dani and Victory Edochie.

3 At what age did Yul Edochie get married?