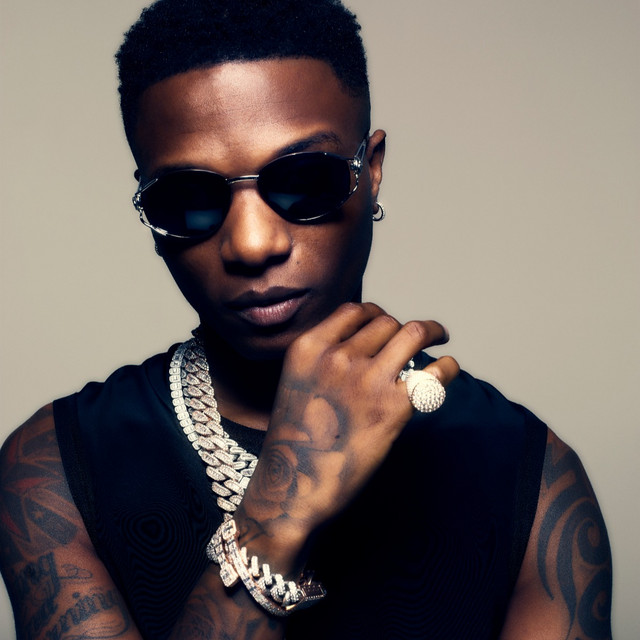 Ayodeji Ibrahim Balogun popularly known as Wizkid is a Nigerian-born songwriter and singer. He is regarded as one of the most influential, and biggest African artists of all time. Wizkid is one of the most prominent figures in the modern-day Afrobeats music scene.

Ayodeji Ibrahim Balogun professionally known as Wizkid was born on the 16th of July 1990, in Surulere Lagos. His family is an interfaith household, with a Muslim father with 3 wives and a Pentecostal mother. Wizkid has 12 sisters.

Bigwiz attended ijebu ode Grammar school, for his secondary education, after which he proceeded to Lagos State University (LASU) for his tertiary education. He dropped out of LASU in 2009. Later he attended Lead City University, but he also dropped out after two semesters.

Wizkid started his musical career at the age of 11, and he recorded his first collaborative album with a group he formed with friends from church called “The Glorious 5″. Wizkid signed his first record deal with Empire Mates Entertainment (EME) owned by Banky W in 2009.

Although he was dropping songs, he did not rise to the limelight until 2011 after releasing “Holla at Your Boy” the lead single from his first Studio Album “Superstar”. The Superstar album also featured songs like “Don’t Dull, Tease me”.

In September 2014, Wizkid released his second album “Ayo” titled after his name. The album featured 6 songs. At the end of his contract with EME, Wizkid left the label.

Wizzy gained international fame in 2016 after he released “one dance” in collaboration with Drake, which topped the charts in over 14 countries including U S. Billboard hot 100. This song made Wizkid the first Afrobeat artist to ever appear in the Guinness World Records.

Wizkid signed a multi-album deal with RCA records in March 2017. He released his third studio album ‘Sounds from the other Side’ in the same year. This album included another hit single with Drake titled ‘Come Closer.

His career continued to grow, and in 2018 he was featured in Normani and Calvin Harris’s ‘Checklist’. The song gave him more international recognition as the song reached No. 1 on the Billboard World Digital Song sales chart. In 2019, he was featured in Beyonce’s project The Lion King: The Gift with the hit single ‘Brown Skin Girl’, which won him a Grammy award.

Wizkid released his fourth Studio Album “Made in Lagos” in October 2020. The album reached No.1 on the Billboard World album and was a huge commercial success. Essence featuring Tems was a hit single from the album, which became the first Nigerian song to chart on the Billboard hot 100 and Billboard top 10 following the release of the remix of this single featuring Justin Bieber.

Currently, Wizzy is the most streamed Nigerian artist of all time on Spotify, with over 3.5 billion streams across all credits.

Wizkid is set to release his fifth Studio Album “More Love, Less Ego” in 2022, featuring singles “Bad to me and Money and Love”.

Speaking on his musical style, Wizkid said he grew up listening to Fela Kuti, King Sunny Ade, and Bob Marley. Also early in his musical career, he learned from Naeto C, Sound Sultan, and 2Face.

Wizkid has an estimated net worth of $30 million. This amount he has amassed from his musical career, and numerous ambassadorial deals. This net worth makes him one of the richest musicians in Nigeria.

Wizkid has 3 lavish mansions, one in Los Angeles California (worth $15 million), and the other two in Nigeria (One in Surulere, and the other in Lekki).

Currently, Wizkid has four children with three different women. His first child Boluwatife was born in 2011, his second child Ayodeji Jr. was born in 2016, and His 3rd child Zion and his 4th kid were born in 2017 and 2022 respectively, with his manager Jada Podlock.

Sounds from the other side 2017

ASCAP Plague for One Dance

Most Awarded Artists in the history of the Headies