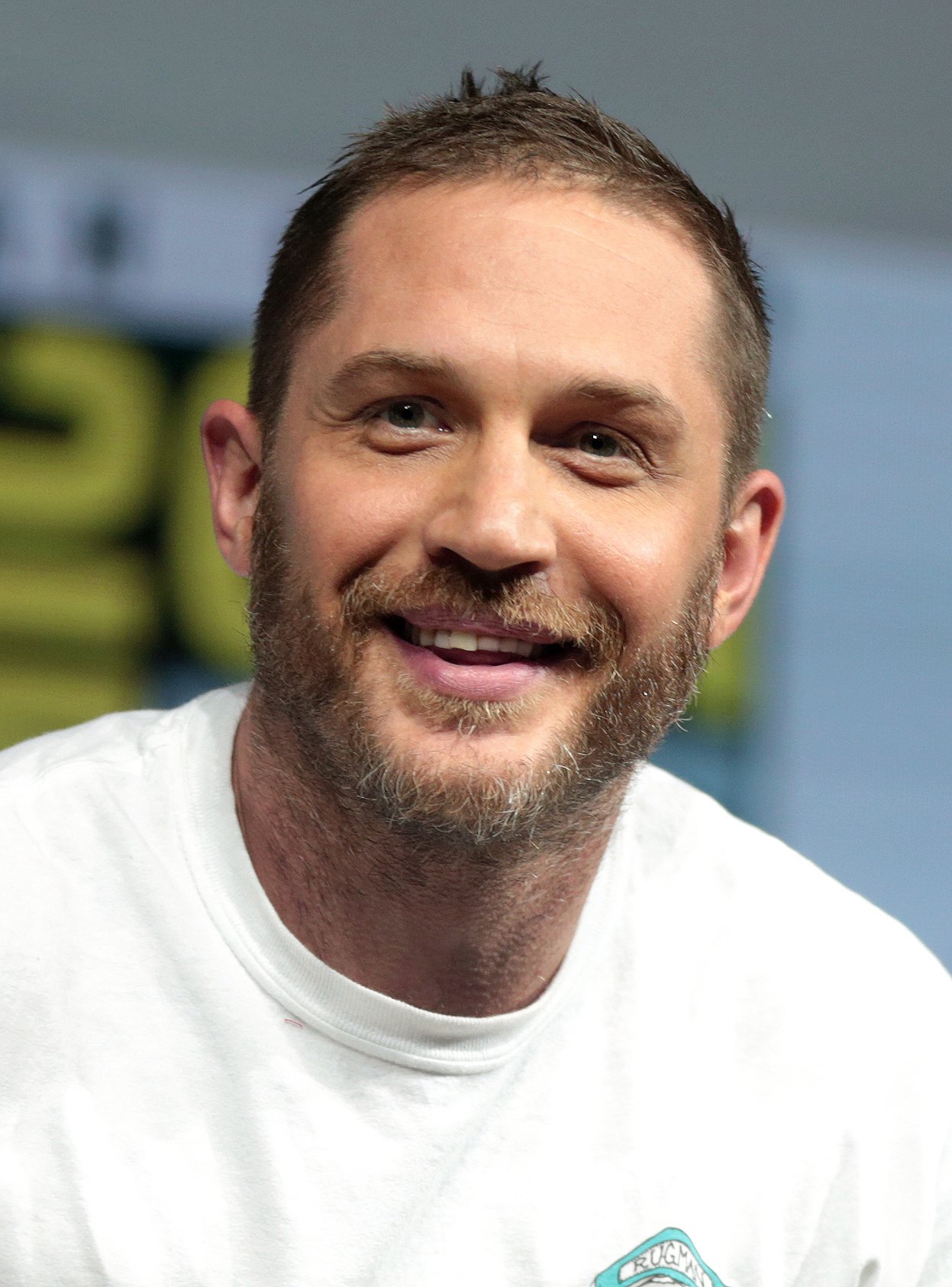 Edward Thomas Hardy Popularly Known as Tom Hardy (born 15 September 1977) is an English Actor.  Immediately after studying at the Drama Centre London, In Ridley Scott’s Black Hawk Down, he made his film debut (2001).

He gained more Popularity in 2002 when he appeared in Star Trek: Nemesis as Reman Praetor Shinzon.

Hardy has also Performed on both American and British Stages. In 2003, he was nominated for the Laurence Oliver Award for the Most Promising Newcomer for his role in the production of In Arabia we’d All Be Kings.

Edward Thomas Hardy was born on the 15th of September, 1977 in the Hammersmith district of London. He’s the only child of his parents. Tom’s mom Anne (nee Barrett), is an artist and painter while his dad Edward Chips Hardy Bis a Novelist and Comedy writer.

He grew up in London’s East Sheen Suburb.

Hardy started schooling at Tower House School, Reed’s School, and Duff Miller Sixth Form College. Later, he attended Richmond Drama School and the Drama Centre London, which is now part of Central Saint Martins. He has referred to Gary Oldman as his “hero,” with whom he later collaborated on Tinker Tailor Soldier Spy, and has stated that he mirrored scenes from Oldman while at drama school.

Tom Hardy is a Popular British actor and producer known for his wonderful performances in films like The Revenant, Inception, and Mad Mx: Fury Road.

He discovered his love for acting when he was a young lad. Alcoholism and addiction were what delayed him from fulfilling his dreams for a few years.

At the Age of 21, Tom Hardy won The Big Breakfast Find Me a Supermodel Competition in 1998. At the end of the competition, he earned a brief contact with Models 1.

In September 1998, he Joined the Drama Centre London. He was taken out early when he won part of the US Army Private John Janovec in the HBO-BBC mini Series Band of Brothers.

He made his film debut in Ridley Scott’s war thriller Black Hawk Down (2001).

Also, he appeared in Star Trek Nemesis as the Reman Praetor Shinzon, a Clone of USS Enterprise Captain Jean-Luc Picard (2012).

In 2003, he traveled to North Africa for Simon:  An English Legionnaire, a story of the French Foreign Legion.

He got his first award in 2003 as “Outstanding Newcomer” for the London Evening Theatre Award.

To date, Hardy has been featured in numerous Movies and TV shows.

Tom Hardy got married first to a Producer, Sarah Ward in 1999 and they divorced in 2004.

In 2005, he met Rachel Speed on the set of The Virgin Queen, and in April 2008 they had a son together before they separated in 2009. The same year, Hardy started dating Charlotte Riley, an actress. They met on the set of Wuthering Heights.

Hardy is a Pet lover, they had Max and Woodstock. Hardy and Woodstock appeared in a PETA commercial to promote pet adoption. Woodstock died on June 5, 2017, as a result of an aggressive case of polymyositis.

What does Tom Hardy suffer from?

Tom Hardy suffered from dysthymia and spent much of his youth drinking alcohol and using crack cocaine to adapt; he stated that he was “out of control” with his drink and drug use before deciding to seek psychological help at the age of 20.

Hardy met Charles Bronson several times while playing the prisoner in the film about his life, and the two became friends. Bronson was impressed by Hardy’s muscularity and ability to mimic Bronson’s personality and voice; he stated that he believed Hardy was the only person who could play him.

In 2015, Hardy was named one of GQ magazine’s 50 best-dressed British men. He was named to Debrett’s list of the most influential people in the United Kingdom in 2016.

In the 2018 Birthday Honors, he was appointed Commander of the Order of the British Empire (CBE) for services to drama.

Hardy enjoys Brazilian jiu-jitsu and has been spotted training at one of Roger Gracie’s affiliate schools. He currently holds the rank of the blue belt as of December 2020.

Tom Hardy has an Estimated Net Worth of 55 million dollars.

These are some of the Movies and Television shows that Tom Hardy was present.

2020-All or Nothing: Tottenham Hotspur

In 2012, he became Patrons of Bowel Cancer UK also sides with his now-wife, Charlotte Riley.

Also, Tom became the Lead ambassador for the REORG Brazilian Jiu-Jitsu  Foundation which was founded in collaboration with the Royal Marines Charity with the goal of providing a platform for serving personnel and veterans to learn Brazilian jiu-jitsu as part of their recovery pathway and to fight the challenges of mental health and physical disabilities.

Below are some of the awards won by Tom Hardy and their year.

Below is the Top 10 Best Tom Hardy Movies Ranked.

2.How much does Tom Hardy make per movie?

He earn a Minimum of $5 million per movie

Is Tom Hardy actually the next James Bond? – The answer is No. He is not the new James bond but he casting remains a rumour for now.

4.What is Tom Hardy’s accent?

He sounds southern English, until he said “much” as “mooch”.

5.Is Tom Hardy a soldier?

He is not a solider but Hardy played a Royal Air Force fighter pilot in Christopher Nolan’s action-thriller Dunkirk (2017),

6.Is Tom Hardy British or American?

7.What made Tom Hardy famous?

He gained Popularity in the US after portraying Bane in Christopher Nolan’s “The Dark Knight Rises.” Directed by Locke. It’s his highest-grossing movie to date.

8.Who is Tom Hardy’s father?

Yes, He is a Millionaire.