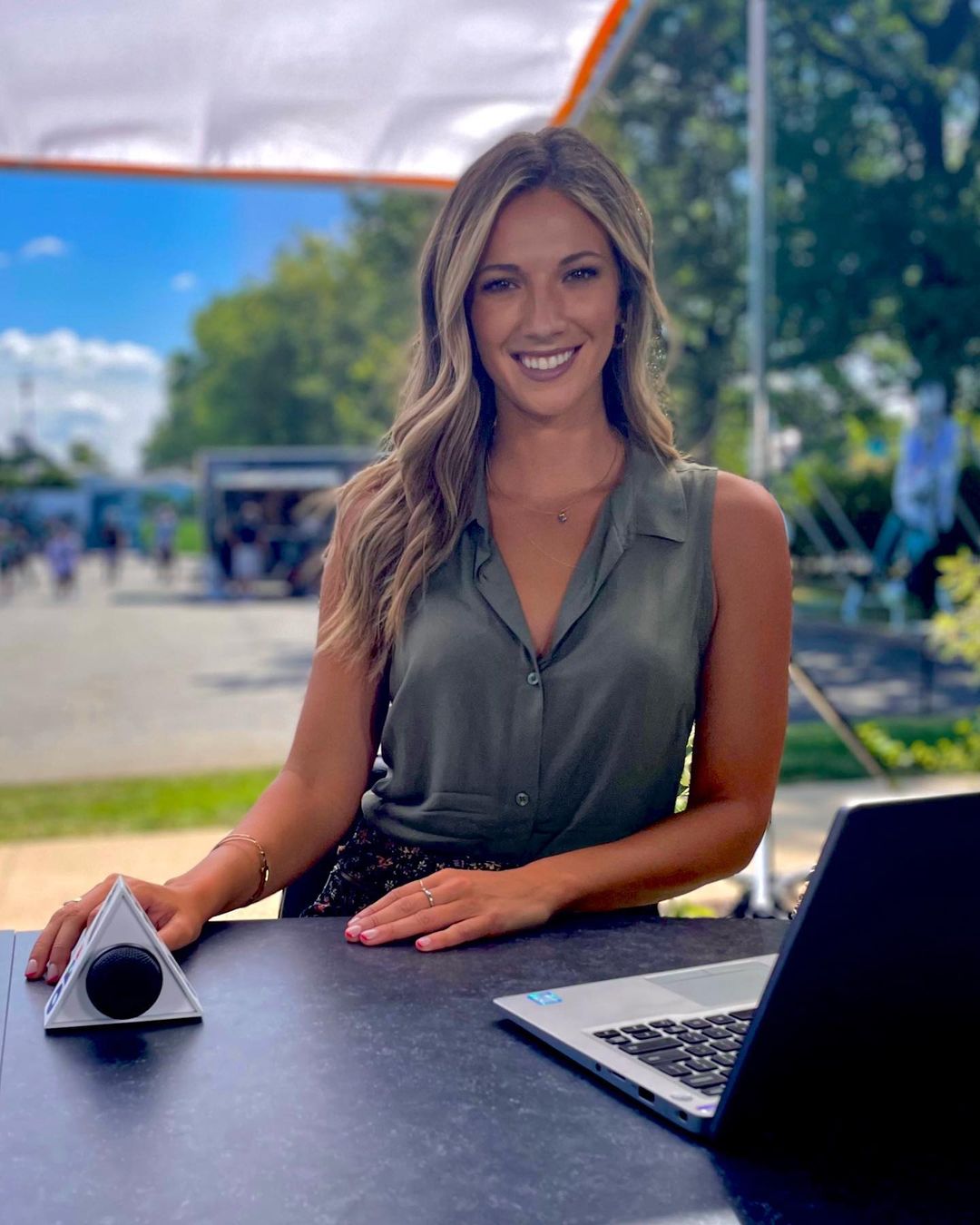 Taryn Hatcher is an American reporter, sports journalist and sports show hot for NBC sports Philadelphia. She is a very popular figure in the sports media industry.

Taryn was born on the 24th of December 1992, in Delran New Jersey, United States to Jeff and Connie Hatcher. She has an elder brother Kyle Hatcher.

Taryn attended Delran high school, there she play soccer as a Central defender and central midfielder until her knee blew up which prevented her from playing in College.

She attended the prestigious Rutgers University in Brunswick, New Jersey in 2011 where she graduated with two bachelor of arts degrees, One in Journalism and mass media, and the other in Political science in 2014.

Taryn decided to become an anchor and journalist at the age of 10, while she was watching a basketball game with her dad.

Taryn began her Journalism career as a production and social media intern for iHeart Radio. She also interned with the NBC sports Philadelphia in 2013, she completed her internship program at the sports development section of CBS corporation in 2014.

She has worked with many popular media companies since she started her career in the media industry. Some of the media industry she has worked with includes WRSU Rutgers radio as a sports reporter, she co-hosted and co-pry the “Nick Rolovich” show, a weekly half hour program on the University of Hawaii football team, Hawaii news, the Big Ten Network as a freelance reporter for NCAA basketball and also for BTN plus as a reporter.

She worked with Habitat for humanity and relay for life as a volunteer, also she worked as a waitress at a Philadelphia based sports bar “Chicki’s & Pete’s”.

She currently works as a host and reporter for NBC sports Philadelphia .

Taryn is currently in a relationship with Austen Freeborn, an auditor and business development associate of Envestnet Inc. he once worked for the bank of America.

She is very close with her parents Jeff and Connie Hatcher. Her father used to play basketball as a child, her grandfather also played basketball. Her father is still an avid fan of the game.l, while her mother Connie is an animal Enthusiast, she owns a cat Hobbes and a dog Giuseppe.

Her older brother Kyle is a Naval academy graduate and a helicopter pilot for the U.S Navy. Kyle has been praised and applauded for his efforts in the Navy by Barack Obama the 44th president of America.

The media personality has an estimated  net worth of $500,000 dollars, which she amassed primarily from her extensive career as a journalist and also from her other investments.

The Journalist is active on social media where she uploads photos of herself , boyfriend and family.

1.Who is Taryn Hatcher?

Hatcher is an American sports journalist and reporter.

2.Who is Taryn Hatcher’s Husband?

Taryn is yet to tie the knot, but she is in a romantic relationship with Austen Freeborn

No they are not related.

4.Who is Taryn Hatcher’s brother?

Her brother is Kyle Hatcher, a U.S Navy helicopter pilot

5.Was Taryn Hatcher laid off?

According to Hatcher, she was not affected by the NBC Sports lay off