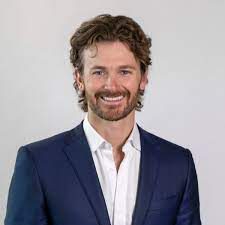 Steuart Walton, born in 1981 in Bentonville, Arkansas, U. S is an American attorney and businessman. He was born into the billionaire Walton Family and is a director of Walmart, the largest company in the world (by revenue).

He is a co-founder of the private equity firm RZC Investments which acquired British cycling brand Rapha in 2017. He is also the founder of Game Composites, a Composite aircraft manufacturer.

Even though he was born into one of the wealthiest families in the world, he doesn’t fold his arms and sit back to enjoy his family’s wealth and game. He is very active in business and has worked with lots of organizations.

Steuart was born in Bentonville, Arkansas, USA. His father, Jim Walton is a famous director at Walmart while his mother is Lynne McNabb. The founder of Walmart is Sam Walton, his paternal grandfather. His siblings are Thomas Layton Walton, James M. Walton and Alice Anne Walton.

He went to University of Colorado, Boulder where he acquired a bachelor’s degree in business administration. Later on, he proceeded to Georgetown University Law Center, where he earned a law degree.

Steuart Walton started working for Republican Senator Peter Fitzgerald in 2004 upon his graduation. Subsequently, he worked for a law firm in Santiago, Chile. He was a lawyer at Allen & Overy from 2007 to 2010.

He worked in Walmart’s Mergers and acquisitions division and also at the company’s Carnaby Street Office in London.

In 2013, Steuart left Walmart to found a company. As a pilot too, he founded Game Composites , which is a composite aircraft manufacturer in Northwest Arkansas. He serves as the chairman of the company.

Steuart joined the board of Walmart on 3rd June, 2016. He joined with his brother Thomas Walton, to co-found an investment company, RZC Investments. In August 2017, the company bought a majority stake of British bike wear business Rapha and also invested in the road-bike manufacturer Allied Cycle Works.

In 2012, Steuart Walton donated US$299,500 to keep Dollars in Benton County; an organization which advocated for support to encourage retailers to sell alcohol in Benton county, Arkansas.

Steuart and his brother Tom are mountain biking enthusiasts, they were instrumental in the $15 million Walton Family Foundation’s charitable contributions to establish the Razor back Regional Greenway in 2015.

They also help in the Foundation’s donation of $20,000 for the expansion of a garden at the Samaritan Community Center in Bentonville.

In 2016, Steuart helped Bentonville, Arkansas become the host city for the International Mountain Bicycling Association World Summit. In same year, both brothers launched the ‘Innovation Competition’ to focus on healthy living in Benton County, Arkansas. Steuart is one of the board of directors of the Crystal Bridge Museum of American Art, Smithsonian National Air and Space Museum, and Educational Equite Leaderships.

Through their work with Crystal Bridge Museum of American Art, the Walton brothers contributed to the project of renovating a 63,000 square-foot former cheese plant in Bentonville into “The momentary”, exhibit space for music, theater, film and contemporary art.

At the Aspen Ideas Festival in 2016, Steuart spoke about the benefits of bike trails. In 2017, Walton and the family foundation donated $787,000 to six Benton County cities to improve and expand the tree canopy of the area. This program allows the cities to plant large trees along roads, parks, trails and other public areas.

In 2019, Steuart got married to actress and model, Kelly Rohrbach. They are both proud parents of one child and because they prefer keeping their personal life private, nothing much is known about their child.

Steuart as a pilot owns numerous warbird sand a Goodyear F2G Corsair plus other North American P-51 Mustangs. In 2020, he led a flyover over many cities in Arkansas as a first responder during the Covid-19 pandemic.

With his various sources of income, Walton has a net worth of $310 million. He earns a salary of $30 million +. His Malibu estate is considered to be worth 14 million dollars.

1.How Much Is Jim Walton Worth?

He is worth 66.9 billion USD. He is ranked the 19th richest person in the world.

2.Does Steuart Walton Have Kids?

He has one kid. No much information is known about him.

Yes! He is married to Kelly Rohrbach.

4.Are The Waltons The Richest Family In America?

The collective fortune derived from Walmart makes them the richest family in the United States of America. They have a combined net worth of $215 billion.

6.Who Is The Richest Walton Heir?

Alice Walton. She owned over US $11 billion in Walmart shares in 2016. She has a net worth of $66 billion, making her the 20th richest person and second richest woman in the world.

7.Who Is The Richest Walton?

The private couple quietly married in 2019, after they reportedly began dating in 2017.

Kelly Rohrbach, born on January 21, 1990 is an American actress and model. She is best known for her roles as C.J Parker in the film Baywatch. She is also the wife of Steuart Walton.

Lukas Walton, born on 19 September, 1986 is an American Billionaire heir. He is; the son of John T. Walton and Christy Walton and also the grandson of Sam Walton, who is the founder of Walmart.