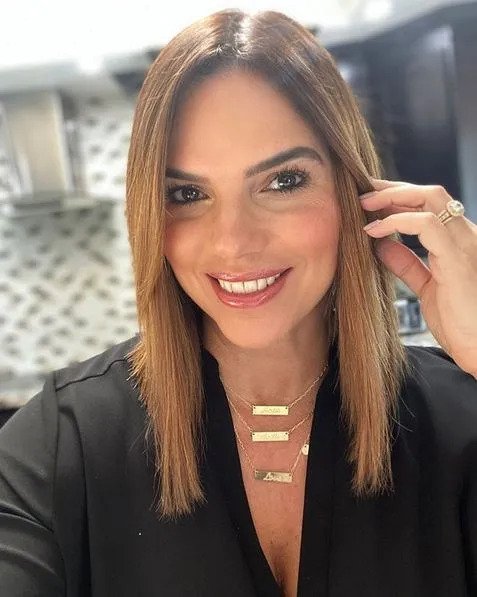 Rashel Diaz (Born July 3, 1973) is a Cuban Television Presenter. She was born in Havana, Cuba. Rashel father’s name is Nelson Diaz while her mother’s name is Barbara Paz.

She studied Journalism in Miami. Rashel is TV host and has hosted a Spanish TV show titled “Sabado Gigante”, it is a Spanish-Language TV broadcast by Spanish Int’ Network in the United States.

She worked on the program for about nine years before switching to stations like Despierta America and Escandalo TV de Noche.

Her massive break in the Industry came when she started hosting Un Nuevo Dia, a Telemundo Variety that was aired in Spanish every morning.

Rashel Diaz is happily married to Carlos Garcia, they tied the knot in 2016. Before the marriage, She was previously married to Jose Miguel, they got divorced in 2007.

Rashel Diaz Net Worth is estimated to be $1 million. In 2001 she was voted as top 10 most Beautiful People according to the People’s magazine (Spanish).