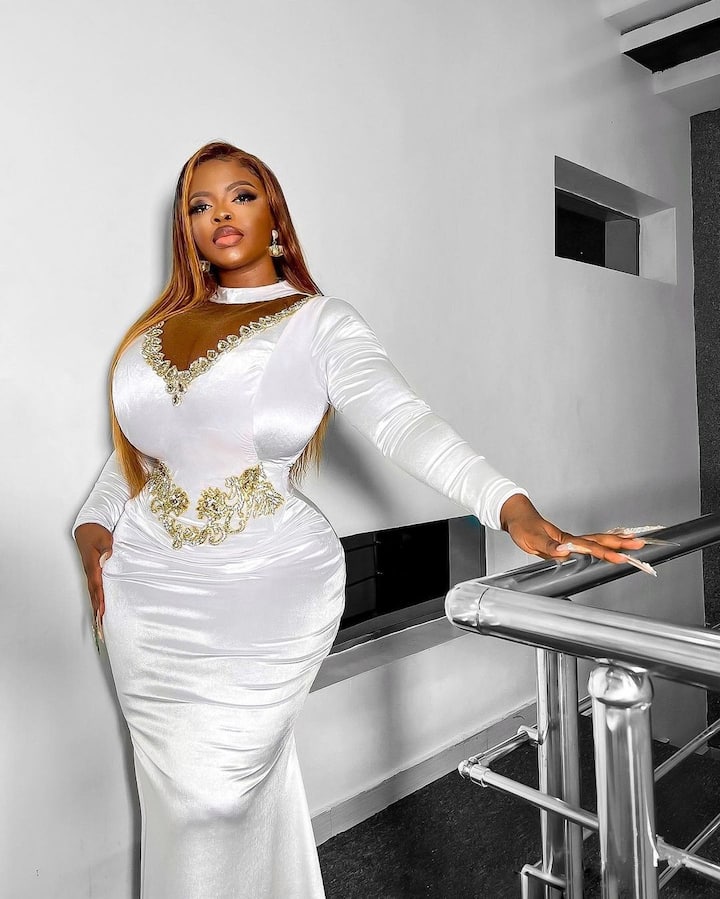 She became popular after being featured in adult video content with Tobiloba Isaac Jolaoso, popularly known as Tblackhoc.

She is very curvy which has gained her a lot of attention making her one of the social media influencers with her cute pictures on Instagram. She has also worked as an ambassador for a few clothing brands.

Peace Olayemi is born and raised in Akure, Ondo State, south-western part of Nigeria. She is from Yoruba tribe. It was rumored that she was from a poor family that was why she entered into acting adult film career to survive.

Peace Olayemi started her career as an adult film actress, who became one of the social media hot cake influencer and brand ambassador. She started acting when she met with Tobiloba Isaac Jolaoso, popularly known as Tblackhoc and was introduced into adult filming.

The adult video contents made her a star for almost a year but she was actually dropped and new faces were picked. She discovered that her boss was using a smartphone and Snapchat as his tools for the work. She decided to try it out and started her own business.

Peace Olayemi had a private account where access can been gained by paying a subscription fee. In 2019, she had a huge fan base and bagged 200k followers but her account was later banned for a violation. She switched to her WhatsApp and was charging a fee of #40,000 for 10min in her videos i.e stripping totally naked.

She started sharing her modelling Photos on her Instagram account, which attracted a lot of followers due to her Curvy physique. She was able to attract fashion brands such as Get Sexy Clothing Line, UNIKAFRICA and Mel shortlets-a real estate company due to her huge fan base.

She has appeared in some comedy videos with popular Nigeria comedians such as Mr. Macaroni and TweyseEreme.

Peace Olayemi’s age has not be disclosed due to there is no information on her specific year of birth but we assumed she is in her late twenties.