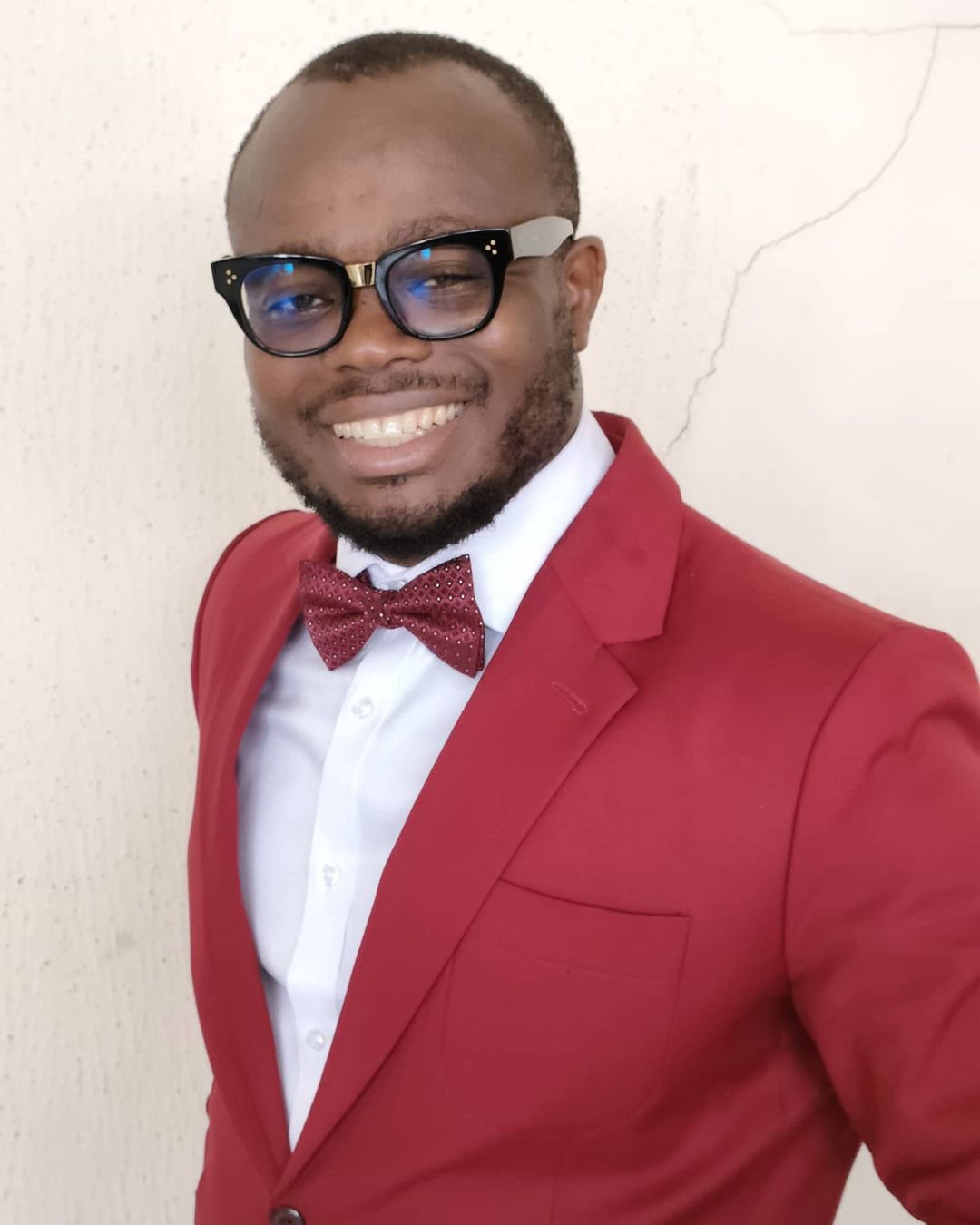 Pastor Uguru Eme Uguru is a Senior at Streams of Joy International. He is mostly featured in the NSPDD program conveyed by Pastor Jerry Eze.

In 2010, he started his career as the Magistrate at the Judiciary of Abia state.  He’s also a  Pastor at The streams of Joy int.

Related Topics:
Up Next 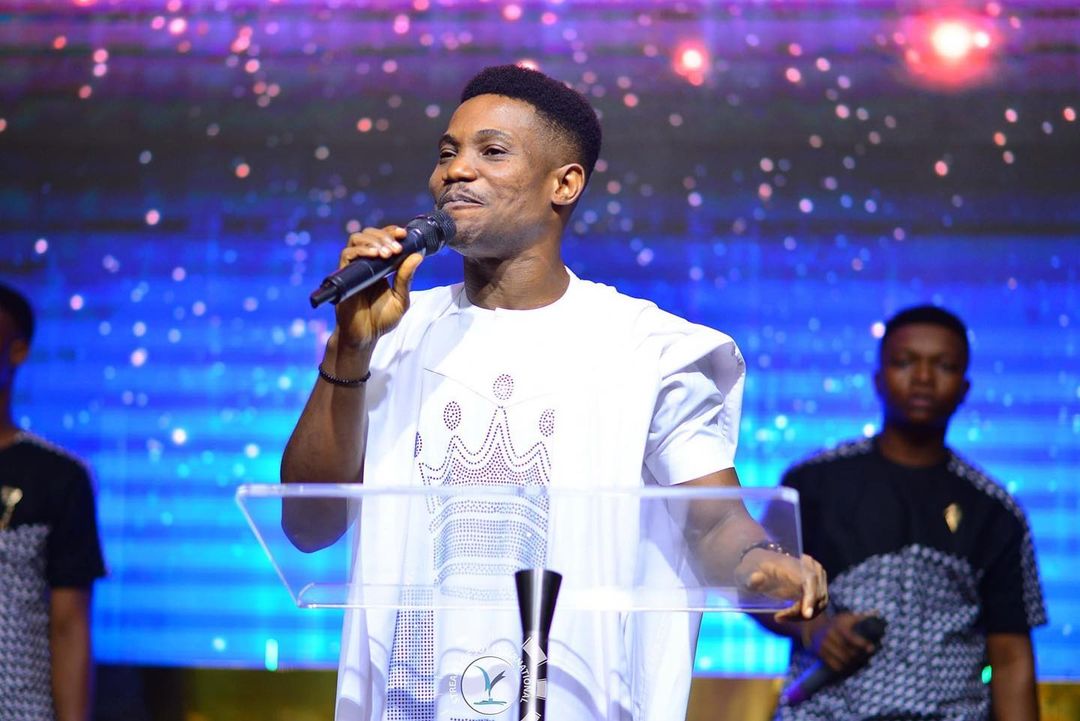 Pastor Jerry Eze was born on the 22nd of August 1982, in Nigeria. Jerry Eze was born and brought up in Aba State.  Jerry Uchechukwu Eze is the dynamic Founder and President of the fast-growing Streams of Joy International which was founded in 2011. He is a seasoned Pastor and leader, a consummate conference speaker, and a leadership coach.

In Abia State, streams of Joy have become the most popular church in that state, with Over 5000 worshippers. The church headquarters is located at Km 4 Ikot Ekpene Road, Umuahia, Abia State.

Pastor Jerry grew up in a poor family with a single mother.  Pastor Jerry is known to be a prayer warrior and Teacher of the world.

Profession: The Senior Pastor of Streams of Joy Int’

He had his O’level result from Ibeku High School in the City of Umuahia. He then went on to Abia State University, where he obtained a bachelor’s degree in history and international relations. Jerry also holds a master’s degree in human resource management.

Pastor Jerry got married to Pastor Eno Jerry in 2007 who has been a huge supporter of his ministry. They are blessed with a daughter Samara and a Son Jerry.

Pastor Jerry Uchechuwkwu Eze was the pastor of the university chapel, All Saints Chapel, during his time there. He was popularly known as PJ. He got a job in a broadcasting company after he graduated.

Before joining the United Nations and the World Bank Project, Pastor Jerry worked for a broadcasting company. In an interview, he explained that he resigned from his white-collar job in 2009 after receiving guidance from God. In the same year, he became a pastor and dedicated his life to spreading the gospel.

Pastor Jerry began the Rivers of Joy Devotional in 2011 by the explicit instruction of the Holy Spirit, and it has since spread to over 5 continents, with testimonies of its impact on lives far too numerous to mention. He is also the author of a number of other books

There is no information about Pastor Jerry Eze’s parents available. By profession, he is a pastor, and his work has taken him to higher levels all over the world.

Pastor Jerry Uchechukwu’s earnings aren’t disclosed, but he is the pastor of a rapidly growing church. The amount of money he is worth is unknown. He leads a simple life and doesn’t share much information on his social media pages. His net worth, however, is estimated to be around $100,000, based on speculation.

1. Who is Pastor Jerry Eze’s wife?

2. When did Pastor Jerry Eze Got Married?

He got married to Pastor Eno Jerry in 2007

3. Who is the owner of streams of joy?

JERRY UCHECHUKWU EZE is the dynamic Founder and President of the fast-growing Streams of Joy International.

4. How Old is Pastor Jerry

NSPPD is New Season prophetic prayers and declaration. It started in 2020 during the nationwide lockdown. The convener of NSPPD is pastor Jerry Uchechukwu Eze. Co-conveners are Pastor Eno Jerry(his wife) and Pastor Uguru Eme Uguru. NSPPD holds every morning on weekdays. 7 am-8 am every morning. It’s where we witness the undiluted power of God and we see God’s hand do the unimaginable.

The Spiritual Father Of Pastor Jerry Eze Is Apostle Joshua Selman.  Apostle Joshua Selman is a Nigerian Gospel minister, Chemical Engineer, instrumentalist, worshipper, conference speaker, and televangelist. He is the founder and Senior Pastor of the Eternity Network International. 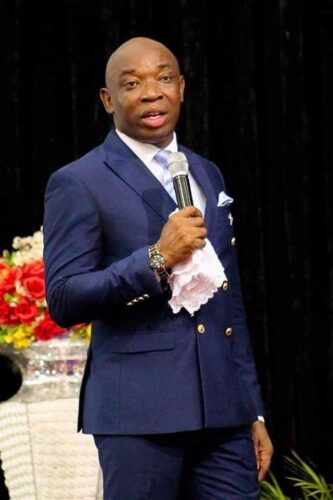 Evangelist Kingsley Nwaorgu popularly known as the Singing preacher. He was born on July 26th, 1974 ).

He is the Founder and the Senior Pastor of Renewal Evangelical Ministry (A.K.A, City of Wonders) located at Km 12, Ikhueniro Quarters, Old Benin Agbor Rd, Benin City.

Evangelist Kingsley Nwaorgu is a lover of Worship Just Like Apostle Joshua Selman and many Others. His messages have transformed so many souls out there.

He is the Owner of Remite TV Station located at 21 Boundary Lane, Ewah road by upper mission road Benin City, Edo State, Nigeria. So, if you want to get connected to any of their Live Services or Past sermons, You can visit there using this Link on youtube https://www.youtube.com/c/REMITEPLUSTV/

To download His songs and Messages, also visit this link and for the procedures that we’re going to give you. https://www.youtube.com/c/REMITEPLUSTV/   .

Rev Kingsley is actually a new trending preacher. For now, we don’t have any information about his net Worth

for his phone number or best ways to reach him, you’d have to visit his Facebook page  (@RemiteliveTV). there is a WhatsApp messager icon to click on to chat.

WE’LL KEEP YOU POSTED ON MORE UPDATES ABOUT HIM WHEN WE GET MORE INFO, THANK YOU.. YOU CAN LEAVE A COMMENT HERE 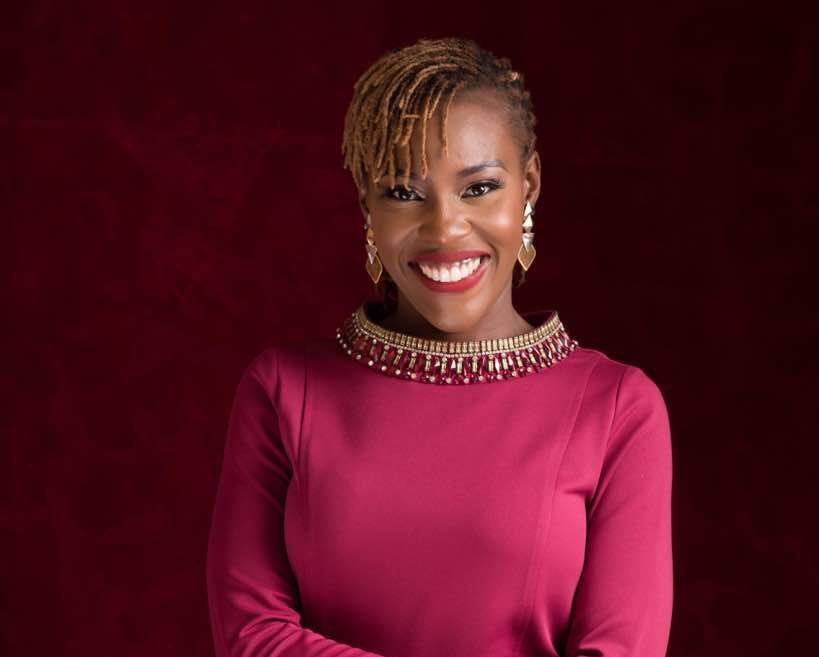 The Network, an organization dedicated to empowering and raising pastor’s wives, women in ministry, and women on fire for God, with thousands of members from all over the world, along with the  United States, United Kingdom, United Arab Emirates, South Africa, and Canada.

Pastor Eno Jerry, popularly known as Lady E by her congregation, earned an MBA in Entrepreneurial Management from the Entrepreneurship Institute Australia in 2008.

She went on to study for a master’s degree in International Human Resource Management at the University of Greenwich in London.

She consults for corporations and churches, and she is a resource and conference speaker on major platforms in Nigeria and around the world, speaking to women, youths, and about relationships.

She was also an Editorial Officer at National Root Crop Research Institute from 2006-2007.

She is also a member of the Charted Institute of Personnel Management of Nigeria (ACIPM) and currently works as a lecturer in the Human Resource Management department at the Michael Okpara University of Agriculture in Umudike Umuahia, Abia State, Nigerian.

She’s Happily married to Pastor Jerry Eze and they are blessed with a son and a daughter. 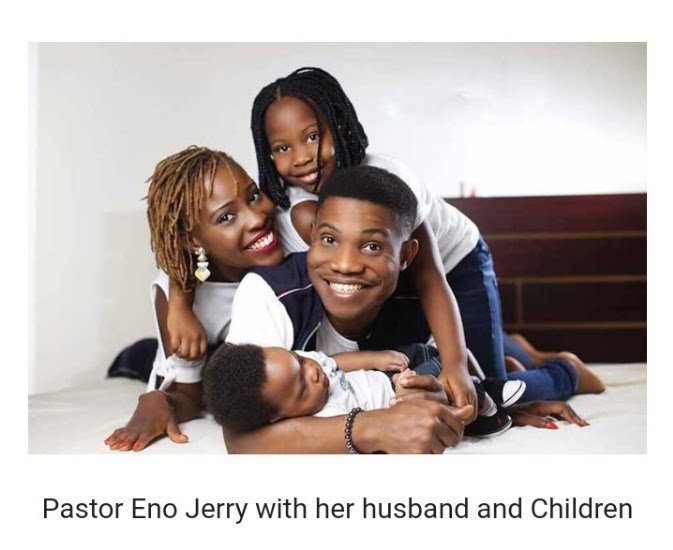 Her networth has not been estimated Yet.

She is the author of the best-selling books , ‘My True Life Story’ , ‘I Almost Ruined My Marriage and ‘The Proverbs 31 Woman in Contemporary Times,’ with over one million copies sold both physically and virtually on her website www.enojerry.com. Her teachings on how to build godly marriages and relationships have been viewed over 400,000 times on YouTube, with testimonies of marriage and individual transformation.