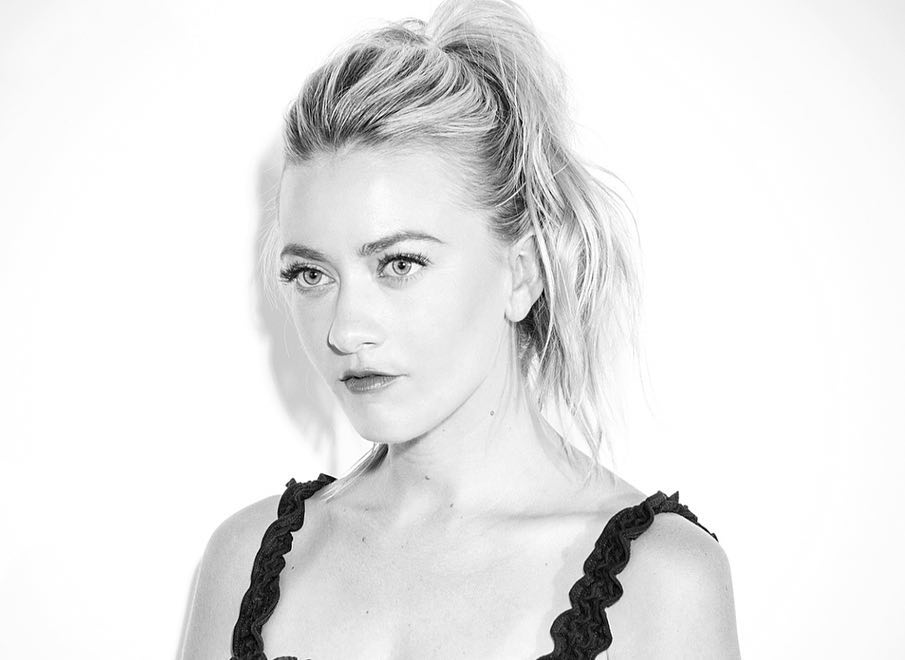 Meredith Kathleen Hagner, born on 31st May, 1987 in Chapel Hill, North Carolina, USA is an American actress in lovable narcissist Portia in the TBS dark comedy Search Party. Her career started by playing Liberty Ciccone on the CBS soap opera As the World Turns (2008-2010).

This earned her a nomination for Outstanding Younger Actress in a Drama Series by Daytime Emmy Award in 2009. She also appeared on the TBS sitcom Men at Work (2012-2014). She has stared as Cam in the Facebook Watch Series Strangers 2017-2018.

Meredith was born on May 31,1987 in New York City and grew up in Houston, Texas and Chapel Hill, North Carolina.

Her parents are Karen Hagner and Ronald Hagner. Her elder sister, Kerry Hagner has down syndrome and lives with her parents and participates in special Olympics.

In 2005, she graduated from Chapel Hill High School. She went on to attend the Boston Conservatory for a year, then moved to New York City after she was offered acting opportunities.

She was cast in Television and Radio advertisements while she was in New York for Truth, Radio Shack,3M, Acuvue, JCPenney, Levi’s and Subway.

In 2008, Meredith started her screen debut with the CBS daytime soap opera As the World Turns, as Liberty Ciccone, the illegitimate daughter of Brad Snyder and Janet Ciccone.

In 2009, she was nominated for a Daytime Emmy Award for outstanding Younger Actress in a Drama Series. In March 2010, Meredith ended her two-year run as the character, for a career in a prime time television and feature film.

Meredith has an estimated net worth of $2 million. It is reported that she earns $100,000 as a salary yearly.

Meredith Hagner met Wyatt Russell, an actor on the set of the film Folk Hero & Funny Guy in 2015 and a relationship started.

In December 2018, they got engaged and later got married in 2019. In November 2020, the couple announced that they were expecting their first child. In March 2021, their son Buddy Prime Russell was born.

2.She volunteers with the special Olympics

3.She has appeared in commercials for Radio Shack, Subway and JCPenney.

1.Who Played Libby in Royal Pains?

Ronald is the father of Meredith Hagner. Not much is known about him

Wyatt Hawn Russell, born on July 10,1986 is an American actor and former hockey player. He is married to Meredith Hagner and they both have a son

Meredith who is married to Wyatt Russell, looks remarkably like her sister-in-law Kate Hudson

Meredith and Wyatt tied the knot on September 2,2019 at the home of Goldie Hawn, Russell’s mother, in Aspen, Colorado. They had a Western-style theme for their wedding.