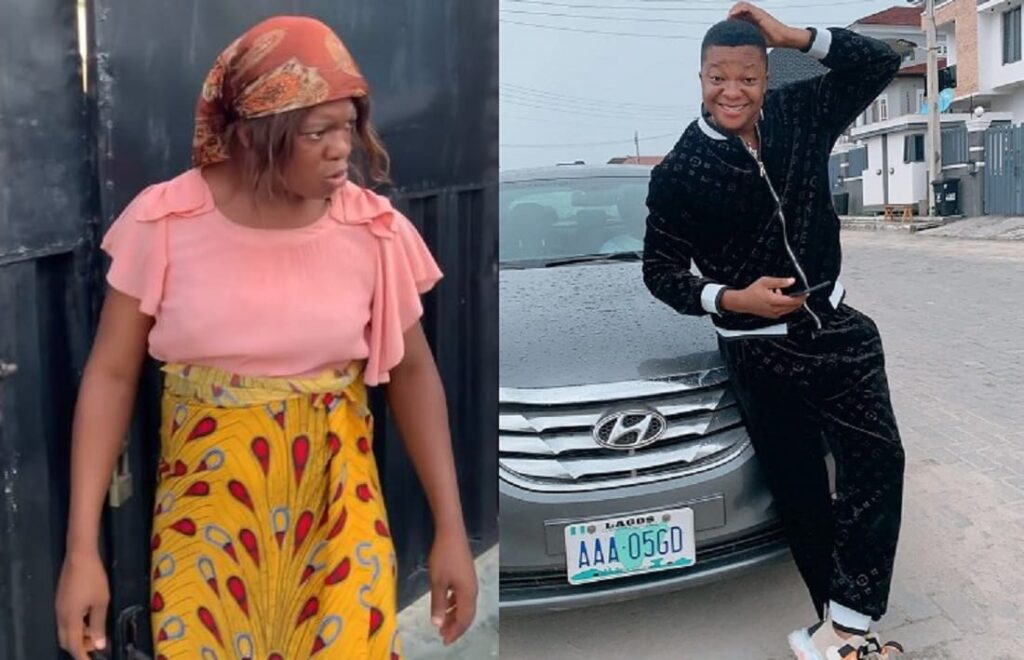 He is known for mimicking the role of an elderly Igbo Woman known as “Mama Ukamaka“ or “Mama Uka” in His comedy Videos. Asides from that, he speaks pure “Enugu-Ezike dialect in his comedy skits.

Currently, Mama Uka is running his Higher National Diploma Program in Computer Science at the Institute of Management and Technology, Enugu State.

Mama Uka started his comedy career in 2018, utilizing the drama experience he gained in high school. He actually started as a singer and music producer but he fully entered the entertainment industry when he gained admission into the university.

Mama Uka said that Lasisi Elenu, a Popular Yoruba comedian was his motivation in the comedy career. He also admitted to being a big fan of him.

Odinaka Okuckwueze brought to the public notice that he started his comedy with the stage name “Sister Ukamaka” but he later changed the name to “Mama Uka” after receiving criticism from the Masses.

He future stated that people mistook him to be a gay or a new “Bobrisky”. So, he changed it to something mother-like in nature and using Enugu Ezike Tongue.

The star has be featured along side with other famous skit makers such as Zics Aloma, Sir One, Ada Jesus, Steve Chuks and many others.

He also said that using his dialect is a medium of propagating and promoting his culture thereby bringing it to lime lite.

As at the time of writing the content, he Single.

In August 2020, he received a brand new Mercedes Benz from Oliver Idoko, Ceo of Ego Amaka Transport Limited as a Birthday Gift. The Comedian Burst into tears when he received the car gift.

Oliver Idoko is a major supporter of Mama Uka’s Comedy brand. He also sponsored him to various countries during the Production of his debut Movie.