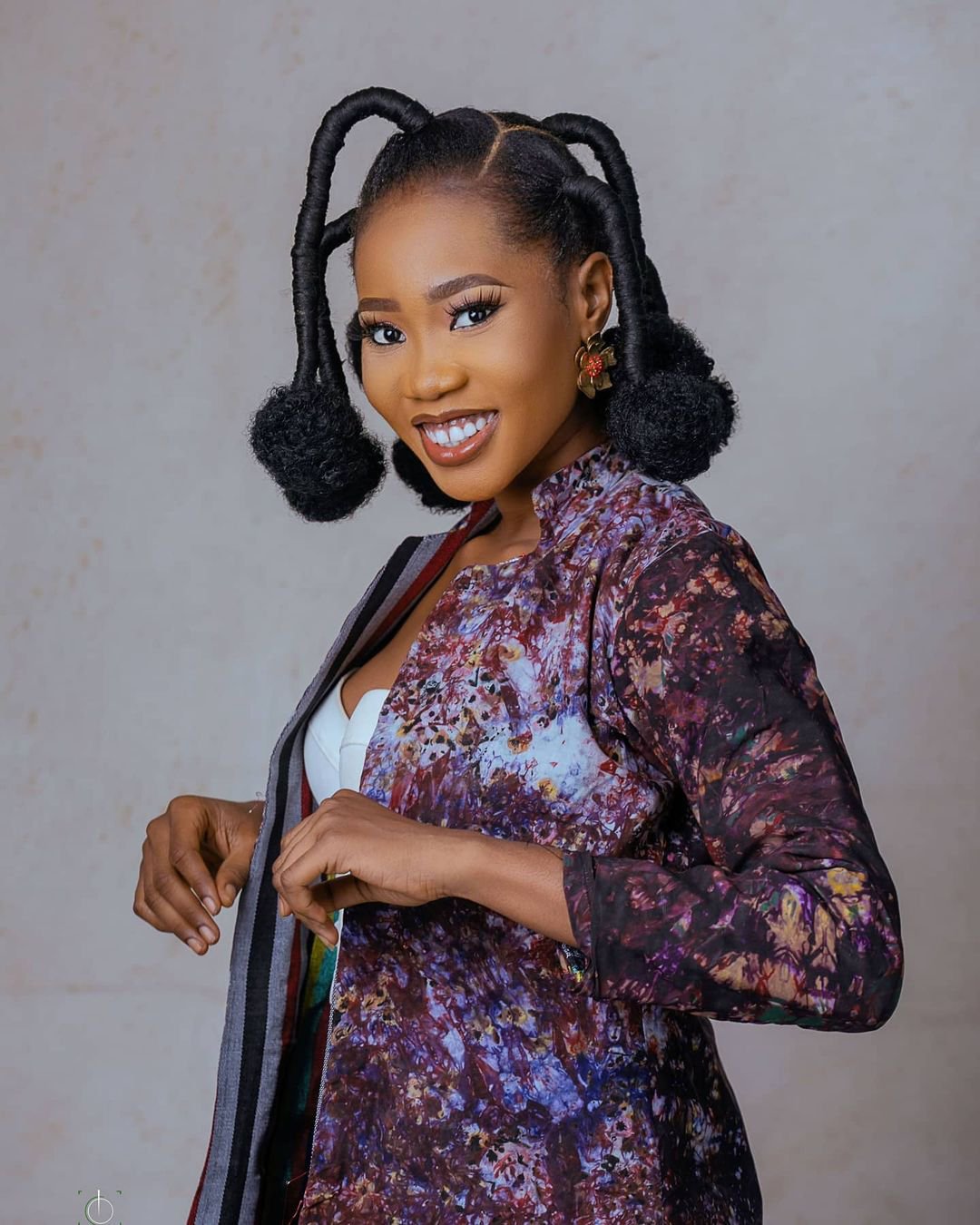 Who is Lizzy Jay?

Adeyela Adebola (Born September 18, 1995) also known as Omo Ibadan or Lizzy Jay is a Popular Nigerian Comedian, mc, content creator, Singer, and Model. She niched down to the entertainment industry and she’s known for her comedy skits which are trending on social media.

When asked in an interview about her childhood experiences, she revealed:

“I didn’t grow up in an expensive neighborhood; though it wasn’t also a ghetto. There were a lot of children in the compound where I grew up and we used to play a lot. My nickname as a child was Sibi Onike (plastic spoon) and I would tell you the story behind it. Whenever it was time to go to school, I always found one reason or the other why I could not go because I hated school as a kid.

Lizzy Jay’s childhood ambition was to become a doctor and a penchant for making people happy, she wished to save lives by discovering cures for diseases, but fate had other plans for her.
According to Lizzy, Her goals are still aligned with comedy, because she makes people laugh with her jokes.

While applying for a tertiary institution, she dabbled in comedy. After being denied admission to study Microbiology at Obafemi Awolowo University in Ile-Ife, Osun State, boredom set in, with a variety of thoughts racing through her mind. She decided to turn her ideas into skits, which resulted in her posting comedy skits online.

Prior to that, Lizzy Jay had a large number of Facebook fans who eagerly awaited her updates due to her carefree and humorous personality.

In May 2017, she uploaded her first comedy skit, “How Girls from Different States Sleep.”
With the I109-attention skit, Lizzy Jay became a celebrity. She was sick at the time she recorded and shared the skit on Facebook.

The video gained traction and went viral on social media platforms while she was in the hospital. The multi-faceted artist also performs stand-up comedy; her comedy style is akin to stage drama, with a coaching center theme in which the audience takes on the role of the students.

She launched Omo Ibadan Cosin Senta Concept, a series about a dumb headteacher who teaches ignorant students because she believes teaching is the only way to make a living, after gaining fame and recognition.

Parents who are ignorant but adamant about their children’s education will go to any length to ensure that their children are educated. The gullible teacher takes advantage of their gullibility to deceive the entire community into believing she is a teacher. Unknown to the parents, the so-called Omo Ibadan is a complete moron.

The Osun state native, who speaks with an Ibadan accent, got into comedy for fun but soon realized it was worthwhile when she was asked to host events, shows, and run advertisements for brands. She debuted as an actress in 2019 and has since appeared in a number of films. She debuted as a singer with the single “Gidi gan,” featuring Demmie Vee.

In May 2019, the comic sensation was named as a brand ambassador for the Midea Group. The endorsement came about as a result of her amusing acts, which align with the brand’s goal of making life easier for families through technological innovation.

Lizzy Jay Net Worth is estimated to be around 30 million Naira.

Mansura Isah Biography, Net worth, Husband
Serwaa Amihere biography, Wedding, tattoo and Net Worth
To Top
%d bloggers like this: