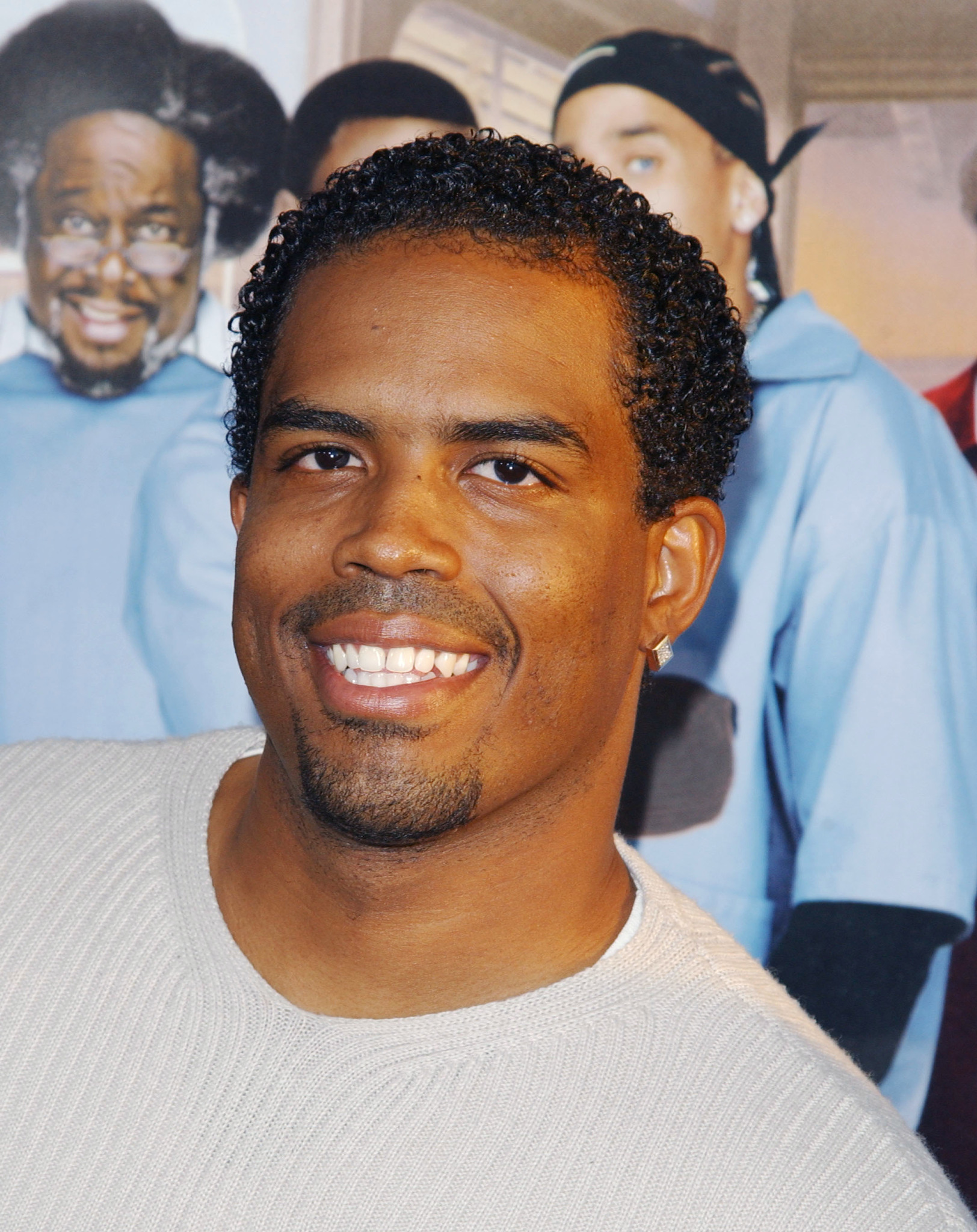 Lahmard Tate, born on October 30, 1970 in Chicago, Illinois, USA is an American actor, writer and producer. He is best known for playing the role of Billy in the movie Barbershop (2000), Don’t Be a Menace to South Central While Drinking Your Juice In The Good (1996) and Rocky Balboa (2006).

Tate has been seen in over 30 films and TV series. His big debut was in 1987 in the TV series Hill Street Blues as kid in crowd. He is the older brother of American actor Larenz Tate and a brother-in-law to Tomasina Parrott.

Lahmard Tate was born in Chicago, Illinois, USA to Larry Tate and Peggy Tate. He has two brothers; Larron Tate and Larenz Tate, who are both famous actors and producers. In 1984, at the age of 14, Tate and his family moved to California from Chicago. He and his brothers were enrolled at the Inner City Cultural Center in a Drama program.

At first, Lahmard and his brothers were excited at the prospect of meeting young girls at the Cultural Center, but later took it seriously after they saw their classmate Malcolm Jamal Warner been cast as Theo Huxtable on the sitcomThe Cosby Show (1984). The siblings started getting minor roles from that moment on.

Lahmard has an estimated net worth of $1 million dollars.

In 1987,Lahmard’s career started with the movieBarfly and got his first break into the mainstream with the TV series Hill street. Later on, he started getting minor roles in different films and Series like the 1990 films Across the Tracks and Night of the Cyclone. In 1994, he has a role on the erotic-romantic drama Jason’s Lyricwhich stars Eddie Griffin, Jada Pinkett Smith, Forest Whitaker and Allen Payne.

Lahmard was on of the stars of Panther (1995), the first ever feature film to tell the narrative of the Black Panther Party, a Black Power Political Party formed by Bobby Seals and Huey P. Newton. He switched from political drama to comedy by appearing in the movie Don’t Be a Menace to South Central While Drinking Your Juice In The Hood which was a box office success. In 2002, he appeared in another successful black comedy filmBarbershop which features Ice Cube, Michael Early, Cedric the Entertainer and Eve.

As his career took off, he frequently worked in notable films, Series and sitcoms like Moesha, Rocky Balboa, Method and Red, All American, e. t. c. Lahmard also appeared alongside his brother Larenz Tate in Power and Power Book 11: Ghost as Kamaal Tate.

According to records, Lahmard is possibly single as there are no records of current relationships. However, Lahmard once dated Eva and Brandy Norwood.

Lahmard and his siblings; Larron and Larenz have a production house called TateMen Entertainment, which as a developing multi-media organization focuses on offering substance for films, TV and computerized stages. They have produced films like Deuces, Beta Test, Business Ethics. Tate is the producer of Bronzeville, an audio series/podcast which featuresLarenz Tate, TikaSumpterand Laurence Fishburne.

1.Where Is Lahmard Tate From?

He is from Chicago, Illinois, USA.

No, they are not. Larron is the oldest of the Tate brothers.

Larenz was born on September 8, 1975 in Chicago, Illinois, USA. He is an American actor and the youngest of the Tate brothers.

The Tate brothers were born to Peggy and Larry Tate. They are all actors and they are Larron Tate (oldest), Lahmard Tate, Larenz Tate (youngest).

Lahmard Tate is not married and is single at the moment.

7.Who Is The Oldest Tate Brother?

The oldest of the Tate brothers is Larron Tate. He was born on 28th June, 1969. He is an actor and producer with 25 years of experience.

8.Which Tate Brother Was In Don’t Be a Menace?