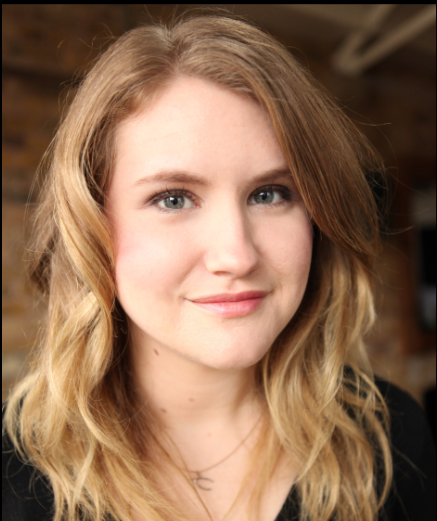 Jillian Leigh Bell, born on April 25, 1984, in Las Vegas, U. S. A is an American comedian, actress, and screenwriter.

In 2019, she starred in the film Brittany Runs a Marathon. Jillian is a prolific voice actor and has displayed her voice acting skills in Gravity Falls, Super Mansion, High School USA, Angry Birds, and Charming. As a Groundlings alumna, her first Groundling show changed her life.

She voiced the role of Violet Hart in Bless the Harts and starred as Jillian Belk on Workaholics. She also had a recurring role as Dixie on the final season of Eastbound & Down.

Jillian Leigh Bell was born in Las Vegas, Nevada to Tanzy Bell and Ron Bell. She has an elder sister, Breanna Bell and is of Romanian descent through her maternal grandmother. At the age of 8, Jillian began studying Improv.

In 2002, she graduated from Bishop Gorman High School, then later moved to Los Angeles where she became a member of the Groundlings . Jillian also attended a Los Angeles based underground sketch-comedy group The Straitjacket Society, founded in 2005.Bell is very close to her sister.

As of 2016, she was living with Breanna and her fiancé in a 5- bedroom house. Jillian created and launched a line of t-shirtsNeon-Witch with her sister.

Jillian is an alum of The Straitjacket Society in Los Angeles. She became a writer for Saturday Night Live Show in 2009 for its 35th season. In same year, Jillian appeared as an assistant who wears revealing clothing at work in an episode of Curb Your Enthusiasm.

She made her television debit in the 2006 shorts, Cross bows & Mustaches. In 2011, she began to play on the Comedy Central series Workaholics as Jillian Belk. She got noticed by Film director Paul Thomas Anderson and was cast in a small role in the 2012 film, The Master and also 2014’s Inherent Vice.

She had recurring roles in the fourth and final season of Eastbound and Down. In 2014’s 22 Jump Street, she appeared alongside Channing Tatum and Jonah Hill. She also co-starred in Goosebumps and The Night Before in 2015.

Jillian has appeared in other sitcom and series like To My Future Assistant, Portlandia, Dogs in a Park, Friend with Benefits, among others. She is also the creator and writer of the sitcom, Idiositter.

Jillian Bell is reportedly single. She prefers to maintain a low profile regarding her Personal life. Although, in an interview with Larry King in January 2016, she revealed being in a relationship with Alex Hanloff, who is a French-speaking tour guide.

She has an estimated net worth of $2 million dollars.

Jillian was nominated for a Primetime Emmy Award for Outstanding Writing for a Variety Series in 2010, for her work in the writer’s room on Saturday Night Live.

Jillian is of Romanian descent through her maternal grandmother.

2.Where Is Jillian Bell From?

She is from Las Vegas, Nevada, United States.

3.Who Is Jillian Bell Married To?

Jillian remains unmarried at the moment. She likes to keep her dating life private.

4.What Is Jillian Bell Known For?

Jillian is an American Comedian and Actress who is best known for roles as Jillian Belk on Workaholicsand Mercedes in 22 Jump Street.

5.Who Is Jillian Bell’s Sister?