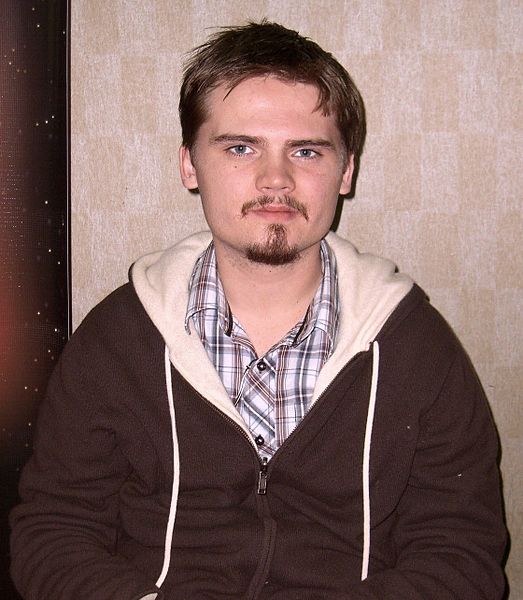 Jake Matthew Lloyd, Born on 5th March 1989 in Fort Collins, Colorado; also known as Jake Broadbent, is an American former actor who is best known as a child actor for his role as young Anakin Skywalker in the film Star Wars: Episode 1- The Phantom Menace. He reprised this role in five subsequent star wars video games.

Jake Lloyd, who was only 9 years old when he played Anakin was highly criticized for his “terrible” performance and this affected his mental health.

Jake Lloyd was born on 5th March, 1989 in Forth Collins, Colorado. His father William “Bill” Lloyd, is an Emergency Medical Technician (EMT), while his mother Lisa Riley is an entertainment agent. Jake attended Carmel High School in Carmel, Indiana and graduated in 2007.

Jake Lloyd’s career started in 1996, by playing Jimmy sweet in four episodes of  ER, an American Medical drama television series. It aired from September 1994 to April 2009. He was also cast as Jake Warren in Unhook the Stars, a 1996 American drama film by Nick Cassavetes.

His big break came when he played Jamie Langston in Jingle All the Way. In Apollo 11, he played Mark Armstrong too, which got nominated for a Primetime Emmy.

Jake got worldwide fame when he was chosen by George Lucas to play young  Anakin Skywalker in the 1999 film Star Wars: Episode 1- The Phantom Menace, the first film in the star wars prequel trilogy. He got the Young Artist Award for Best Supporting Actor.

Lloyd stared in the dramas Die With Me and Madison, then retired from acting. The film was released after five years in 2005.

After quitting acting in 2001, Jake continued to appear at sci-fi and comic-book festivals.

In 2012, he announced that he was directing a documentary about the Tibetan refugees in India. In same year, he got a commission to create a promotional video for singer Mallory Low’s song. Actor Daniel Logan, who played Boba Fett in Star Wars: Episode II- Attack of the Cloves stared in the video. Jake moved to Chicago for his higher studies at Columbia College Chicago to study Film and Psychology but dropped out after a semester.

In 2012, Jake explained that he retired from acting 2001 due to bullying by his classmates and harassment by the press for his role in ‘The Phantom Menace’.

In 2015, Police responded to an alleged assault by Lloyd on his mother Lisa Riley. She refused to press charges, making a revelation that Jake has Schizophrenia and was not on his medication at the time. On June of same year, Jake was arrested in South Carolina for reckless driving, driving without a license and for resisting arrest. He failed to stop for a red light which led to a high-speed Police chase, that ended with him crashing his car into a tree.

He was moved to a psychiatric facility in April 2016, after spending 10 months awaiting trial in Collection County Detention Center. In January 2020, his family issued a statement saying that has officially been diagnosed with Paranoid Schizophrenia.

Jake won the Young Artist Award under the Best Performance in a feature film in 2000 and also won The Stinkers Bad Movie Awards under the Worst Performance by a child in a Featured Role Category in Star Wars: Episode 1- The Phantom Menace in 1999. He was nominated for the Blockbuster Entertainment Awards in 2000 and so many others.

1.Did Jake Get Bullied For Star Wars?

Yes, Lloyd explained that he retired from acting due to bullying from school and press harassment. He was bullied to the point of him getting rid of every piece of star wars memorabilia he owned.

2.Who Played a Year Old Anakin?

3.Where Is Jake Lloyd Now?

5.What Disease Does Jake Lloyd Have?

Jake has been diagnosed with Paranoid Schizophrenia but unfortunately also has a symptom called Anosognosia which causes a lack of insight into his illness.

He was 8 years old

Jake currently has a net worth of $25000 dollars

8.What Did Jake Lloyd Do?

In June 2015, Jake made headlines after being arrested for reckless driving, driving without a license and resisting arrest.

9.Is Jake Lloyd Still In a Psychiatric Facility?

Jake is not currently in a psychiatric facility but now living in a residence near family.

For his role in Star Wars: Episode 1- The Phantom Menace, he was paid an estimated $250,000 as well as a tiny percentage of the film’s profits.