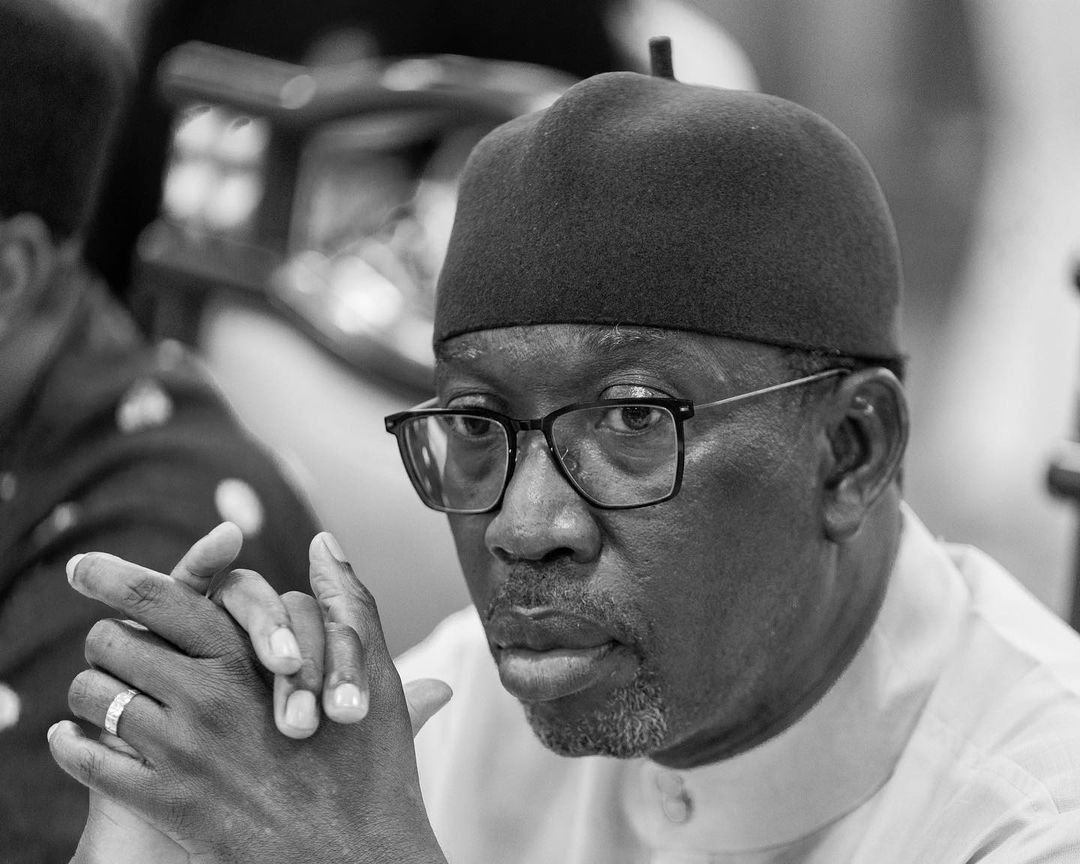 Who is ifeanyi Okowa?

Ifeanyi Arthur Okowa was Born on the 8th of July 1959 in Owa-Alero, Delta State, Nigeria.

Okowa is a Nigerian Politician and Currently the Governor of Delta State, Nigeria.

Dr Ifeanyi Okowa won the State election which was held in April 2015 and he was inaugurated as the Governor of Delta State.

Prior to his position as the Governor, he was elected as the senator for Delta North Senatorial District in Delta State, Nigeria.in April 2011 National Elections.

Okowa is a real Ika Man and he’s the first person from Anioma to attain the height of Governorship Position of Delta State.

However, on the 16th of June 2022, Atiku Abubakar Picked Dr. Ifeanyi Okowa as running mate for Vice-President for APC for the next election in 2023.

After then, he furthered his education at the University of Ibadan where he studied Medicine and Surgery.

In 1981, he graduated with an MBBS degree. However, after his National Youth Service Corps (NYSC), he worked as a Medical Offer at Bendel State Hospitals Management Board.

In 1986, He started a Private Practice as a Director at Victory Medical Centre, Igbanke, Edo State.

Okowa started his political journey as a secretary to the Ika Local Government and Chairman in Ika North East Local Governor Council from 1991-1993.

He was also the the Delta North Coordinator of the Grassroots Democratic Movement (GDM).

In 2007, Okowa resigned to take up the contest of Governorship primary election but his did not win it. Still in that same year, he was Appointed secretary to the Delta State Government.

Ifeanyi Okowa was elected as the senatorial candidate for delta North in January 2011 PDP primaries with 942 Votes. However, the outcome was challenged by party leaders who supported Marian Amaka Alli as the candidate.

He was re-elected in a re-run, receiving 1,446 votes to Dr. Marian Alli’s 108. Ifeanyi received 98,140 votes in the April 2011 election for the Delta North Senatorial seat, beating out runner-up Prince Ned Munir Nwoko of the Democratic People’s Party, who received 67,985 votes.

He was sworn in as Governor on May 29, 2015, and has since resumed active duties. Okowa, a member of the Peoples Democratic Party, received 925,274 votes in the March 9, 2019 Governorship election, defeating his opponent, All Progressives Congress candidate Great Ogboru, who received 215,938 votes.

On the 16th June 2022 Atiku Picked as Dr. Ifeanyi Okowa as running mate for Vice-President for APC for the next election in 2023.

Dr Ifeanyi Okowa is Happily Married to Dame Edith Okowa and they are blessed with four kids. (One son and three daughters)

What is Okowa’s Salary? A Nigeria Governor’s earns about 12million naira Annually. His current net worth has not been estimated.

Currently, we don’t have any of his contact but you can reach him on any of his social Media handles to speak with his representatives.

You can connect with Okowa on his official social media Handle.

1.in 2017, he was honored as the “MAN OF THE YEAR” By the Independent Newspaper at Eko Hotel and Suites in Lagos State, Nigeria. In that occasion Alhaji Ismalis Isa Funtu presented the award to Him.

2.He received the Supreme award of the University of Ibadan as the Alumni of the year 2016. Okowa delivered a lectured titlted “Good Governance for Wealth Creation and Sustainable Development”.