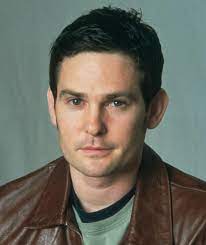 Henry Jackson Thomas Jr., Born on September 9, 1971, is an American actor and Musician. He is popularly known in the 1982 Steven Spielberg film E. T the Extra terrestrial for his role as Elliott.

Henry, as of recent, is known for his cooperation with filmmaker Mike Flanagan. Making appearances in films like Gerald’s Game(2017), Doctor Sleep(2019), Ouija: Origin of Evil(2016), The Haunting of Hill House (2018) and its follow up The Haunting of Bly Manor(2020). He was given a main role in Flanagan’s Series Midnight Mass in 2021.

Henry Thomas was born in San Antonio, Texas, on a farmland. While growing up, he made his way into acting via local community theater productions. Carolyn L. (nee Davis), his mother, is a home maker while his father Henry Jackson Thomas Sr, is a hydraulic machinist. Henry is an only child of his parents.

He attended East Central High school and then moved on to Blinn College but dropped out after a year to venture into full-time acting. There, he studied History and Philosophy

Henry Thomas has a net worth of $1.5 million. His main source of income is from his career in acting and music. In 1982, while filming E. T the Extra-Terrestial 2, his salary was $15k

Henry found his calling when he was 8 years old after watching a PBS special on acting. At an open audition in San Antonio, he got a part in the 1981 Sissy Spacek film Raggedy Man. Following the release of E. T the Extra terrestial, he struggled with the popularity and recognition he got.

As of November 2019, Thomas reprised his role as Elliott for an Xfinity& Sky UK commercial, where E. T returns to visit a now adult Elliot and also his family for the holidays.

Henry Thomas is also involved in song writing. He played guitar for a San Antonio band, The Blue Heelers which is named for the breed of dogs, in the 1990s. The band self-produced an album, Twister even though it was not signed to a record label. In 1998, Truck stop Coffee (his song recorded with the Blue Heelers) appeared on V2’s soundtrack for Niagara, Niagara.

In 2003, Henry and Nikki Sudden did a collaboration on the music for Mika Kaurismäki’s film Honey Baby which featured four original songs written and also performed by Thomas as the fictional musician Tom Brackett. Sudden died unexpectedly in 2006 while an album was in the works.

Henry Thomas first got married to Kelly Hill who is an actress but they got divorced in May, 2002. On May 10, 2004, he got married to Marie Zielcke, who is a popular actress in Germany.

They have a daughter Hazel Thomas. Henry and Marie met each other through Mika Kaurismäki, the godfather of their daughter. In 2007, they got divorced.

Henry is now married to his current wife Annalee Fery. They have two Children; Henry Thomas and Evelyn Thomas. In 2014 ,the couple moved to Wilsonville, Oregon.

He has Greenish, hazel eyes

4.Where Does Henry Thomas Live?

He currently lives in Wilsonville, Oregon

Henry is currently married to Annalee Fery and they are blessed with two children; Evelyn and Henry. He has another daughter Hazel from his marriage to Marie Zielcke.