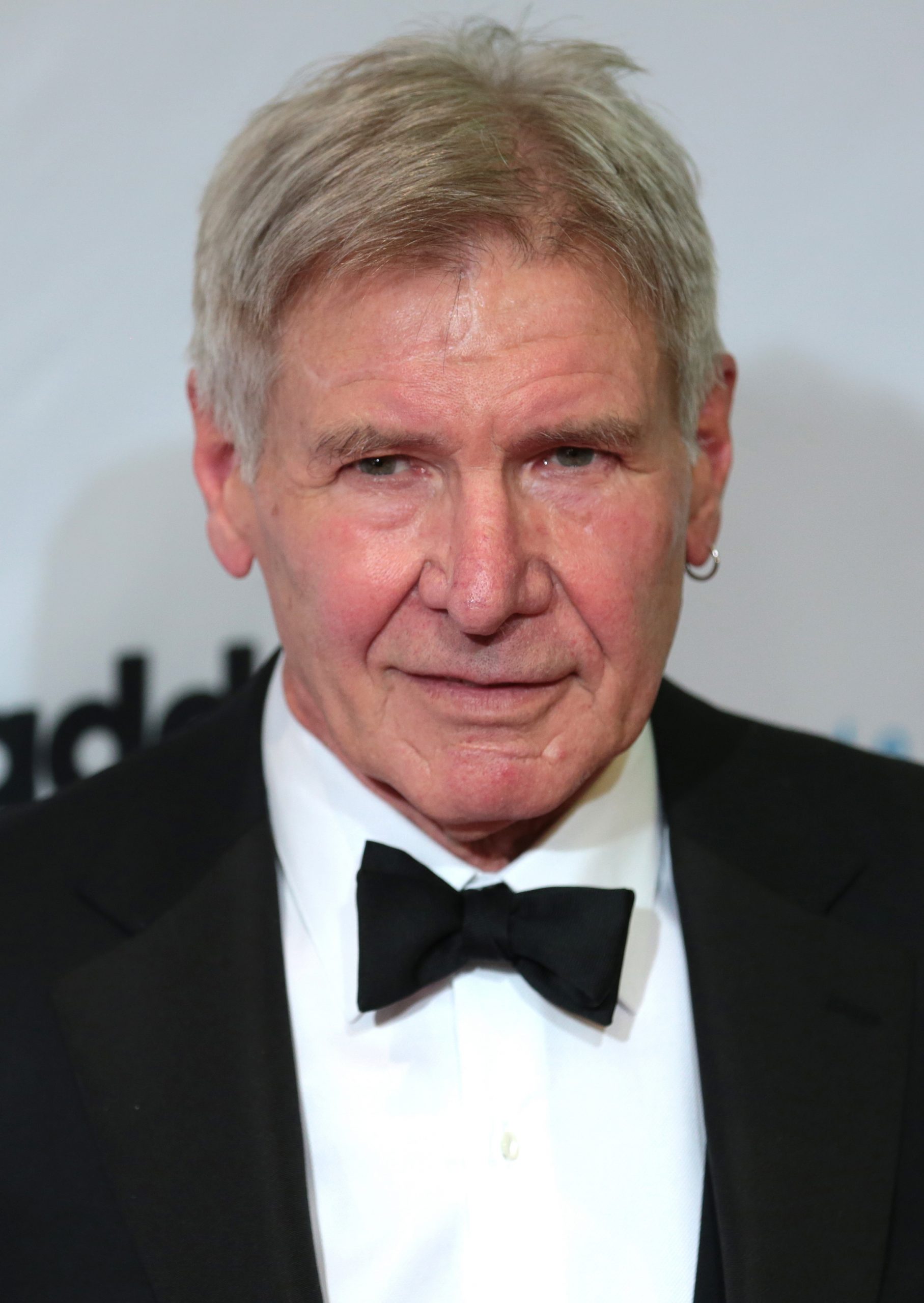 Harrison Ford is an American actor. He was born in Chicago, Illinois, USA on the 13th of July 1942 to Dorothy and John William Christopher Ford. He is prominent for his role in Star wars trilogy and Indiana Jones. He is the seventh-highest-grossing actor in North America.

Born at the Swedish Covenant hospital in Chicago, Illinois on the 13th of July 1942 to former radio actress Dorothy (nee Nidelman) a Ashkenazi Jew and advertising executive and former actor John William Christopher Ford of Irish and German descent. He has a younger brother Terence Ford.

He attended Maine East high School in Park Ridge Illinois where he graduated from in 1960 and Ripon College in Ripon Wisconsin.

He took a drama class in the final quarter of his senior year to overcome his shyness and he became fascinated with acting.

Fords first known role was an uncredited one as a bellhop in Dead Heat on a Merry-Go-Round in 1966His first credited movie was a 1967 western film A Time for killing.

Throughout the late 1960s and early 1970s, he featured in many television series including Love, gunsmoke, ironside, Kung Fu and The Virginian. Because he was not happy with the roles offered him, he became a self taught carpenter to support his then wife and two sons.

His role as Han Solo in the 1977 Star Wars brought him widespread recognition. He also starred in other star wars sequels. Fords role as a lead actor was solidified with Raiders of the Lost Ark in 1981 as Indiana Jones.

Fords movies in the late 1990s were commercially disappointing. 2008 brought success for Ford with the release of Indiana Jones and the kingdom of the Crystal Skull.

Ford has four biological children and one adopted child from his 3 marriages.

His first marriage was to Mary Marquardt from 1964 till 1979 when they divorced. They have two sons together Benjamin and Willard.

His second marriage was to screenwriter Melissa Mathison from 1983 until separation in 2000 and finalized divorce in 2004. They have a son Malcolm and daughter Georgia. Melissa Mathison died in 2015.

Ford began dating actress Calista Flockhart after they met at the 2002 Golden Globe Awards. They are parents to Liam, Calistas adopted son. They got married on the 15th of June 2010.

Ford has a net worth of $300 million from his acting and film producing work.

Ford is an avid pilot and owner of both aircrafts and helicopters. He is licensed for both fixed-winged aircraft and helicopters.  He occasionally provides emergency helicopter services at the request of Wyoming local authorities.

Ford has been involved in several aircraft and helicopter incidents but always came out unhurt or with minor injuries.

Some achievements of Harrison Ford

He is the general trustee on the governing board of the Archaeological institute of America.

He serves in various capacities in different organizations including: The young eagles program, Wings of Hope, Conversation International, Restore HetchHetchy, and EarthShare.

He is a life scout, the second highest rank in the Boy scouts of America. He has volunteered and done many community projects.

He is a democrat. He endorsed Bidens 2020 presidential campaign against trump.

Connect with Ford on social media

Christopher his father is a catholic of Irish and German decent, while his mother is an Ashkenazi Jew who migrated from Minsk Belarus.

Raiders of the Lost ark

Indiana Jones and the last crusade

The call of the wild

He won the 1998,1999, and 2000 peoples choice awards for favorite motion picture actor and favorite all time movie star.

1.What is Harrison Ford’s nationality?

Ford is an Irish American

Ford is rich with a net worth of $300 million

3.What is Harrison Ford’s most famous movie?

His famous movie as ranked by tomatometer is The Fugitive (1993)

4.Which Harrison Ford’s movies on Netflix