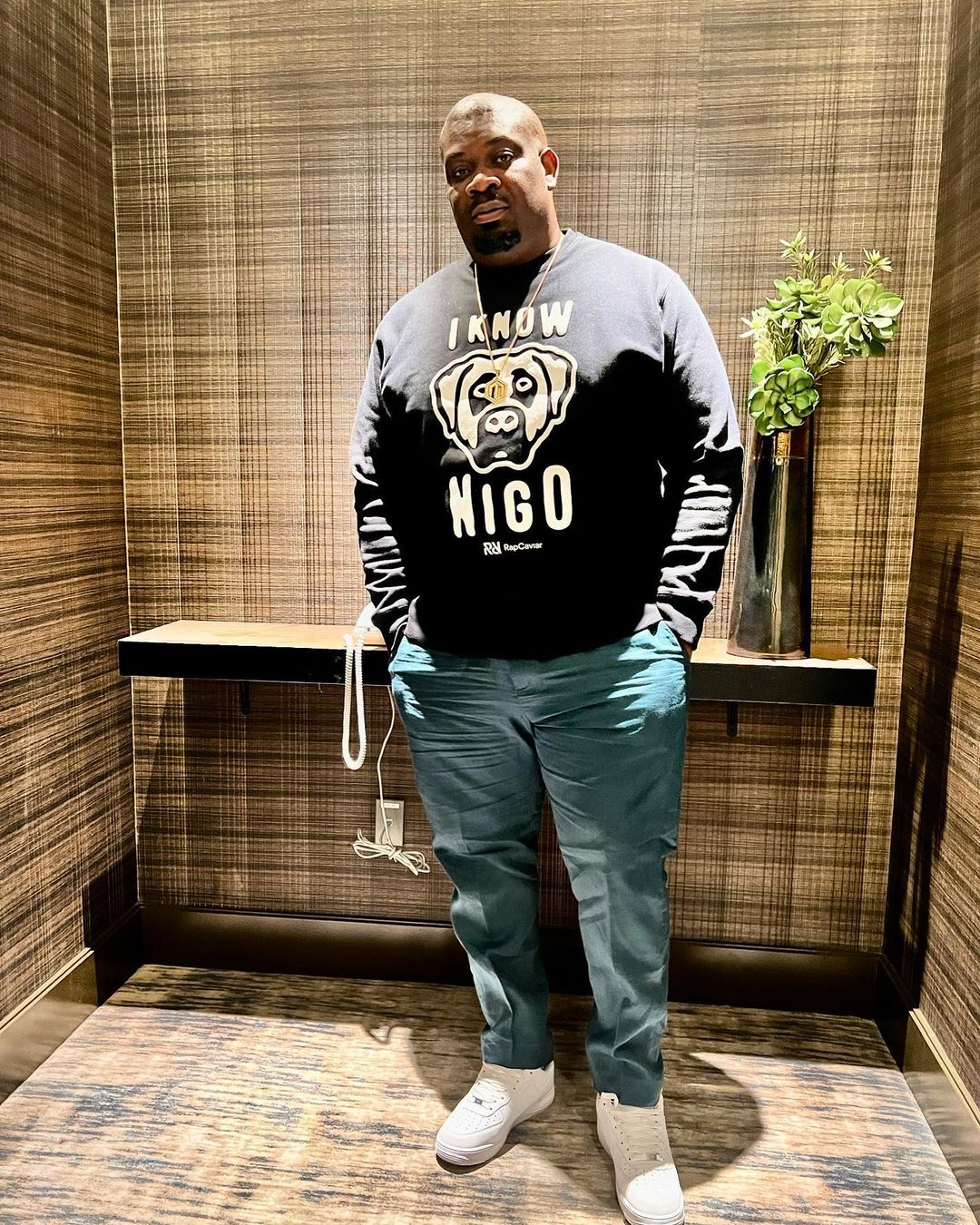 Michael Collins Ajereh, popularly called and known as Don Jazzy is a producer, entrepreneur, songwriter, singer, and a notable philanthropist in Nigeria. Donjazz was Born on November 26, 1982.

He was a co-founder of Mo’ Hits in 2004 which is now defunct. He went ahead to set up Mavins Record in 2012 and it has produced a number of notable artists since then such as Adekunle Gold.

Michael Collins Ajereh, famously known as Don Jazzy is a song writer, business man, entrepreneur, singer born on the 26th November. Donjazzy came into the spotlight when he cofounded the Mo’ Hits record label D’banj, whose name is Oladapo Daniel Oyebanjo before both went their ways.

Don Jazzy is said to have loved drumming since the age of 4. Later in 2000, he visited his uncle in London to play the drums while nurturing his passion of music while creating a relationship with JJC, KAS and the rest.

He also picked up the guitar at the age of 12 while his passion grew strongly in music.

Also, then cofounded Mo’ Hits label with D’banj where both dropped two albums in the space of two years, “No Long Thing” and “Rundown/funk You Up.”

He further went viral with his introductory name in songs, “its Donjazzy again” Don Jazzy also made the magic on Wande Coal’s Mushin album which was said to be the best as at that time. The team includes Tiwa Savage, D’Prince who happens to be Don Jazzy brother, Reekado Banks, Korede Bello and many others.

His brother, Charles Enebeli, is also a musician and a businessman who is popularly known as D’Prince.

Don Jazzy was born in Umuahia but brought up in Lagos when his family moved to Ajegunle, Lagos. He attended Federal Government College, Lagos.

Also, further studied Business Management at Ambrose Alli University Ekpoma located in Edo state. It will be of interest to know that Don Jazzy and his father shares the same birthday date and they both love music business.

According to the Forbes list, Don Jazzy is estimated to worth over $18 million. As at 2020, Don Jazzy was ranked the fourth richest musician in Africa worth $10 million.

Don Jazzy is still very active in the music industry with his record label Mavins Records still actively releasing songs by the various artists. Don Jazzy released a new song in 2020 called Ife. It is a collaboration between Don Jazzyhimself, Teni, and DJ.

Don Jazzy also known as Michael Collins Ajereh was born to the Ajereh family, with his dad being an Isoko man from Delta called Collins Enebeli and his mum, Mrs Ajereh, Igbo Princess from Abia State.

He was once married at the age of 20 to his best friend, Michelle as he referred to her. However, the marriage did not last as he chose his musical career over his family, he shared on Instagram. In his words, “I loved love and I loved marriage. Michelle is soooo beautiful inside and outside with such a soft heart. But then me being so young and full of dreams I went and f**ked it up cos I was giving all my time to my Music. Music became priority instead of my family.

“We got divorced when I was 22 and it hurt. I am still very much in love with my music and I wouldn’t want to marry another and f**k it up again. So I’m taking my time,” he wrote on his the Instagram post.

This he wrote on his page on Michelle’s birthday. Afterwards, we have not seen Don Jazzy speak about getting married anytime soon.

Don Jazzy has so many songs and productions, right from Mo’ Hits to Mavin Records. Some of the production and songs will be listed below.

1.Nigerian entertainment award for Music producer of the year.

2.The Headies award for producer of the year for Over the Moon, Mr Endowed and Pop something.

Is Don Jazzy Married to Rihanna?

No, Don Jazzy is not married to Rihanna. There have been several rumors regarding Rihanna and Don Jazzy, however, they are not true. Rihanna is currently engaged to A$AP ROCKY and pregnant with his child while showing several public display of affection.

Who Is Don Jazzy Wife?

Don Jazzy is currently not known to be in any relationship right now, when it is known, we will infirm you. Don Jazzy was once married to his best friend as he called her when he was 20, @yamstaswitch, Michelle. The relationship however ended badly with Don Jazzy accepting his fault in this short marriage.

Don Jazzy though rumored to have kids, he has not publicly admitted to that neither has any proof been shown to agree otherwise. Therefore, he does not have any children right now as he is not married or in any entanglement.

Charles Enebeli is Don Jazzy’s immediate younger brother. He is best known with the name D’Prince. He was also with Don Jazzy when he was at the now defunct MO’ Hits record label and still with him at Mavins Records.

He sang Dorrobucci, Adaobi, Jantamanta. He has also founded an entertainment industry in 2019 called Jonzing World.

We do not have his contact as of the moment, but he can be reached on Twitter I AM A MAVIN (@DONJAZYY) and on Instagram ITS DON JAZZY AGAIN (@donjazzy) and Facebook Mavinboss
ALSO, READ Davido Net Worth, Age, Career, and Biography

Davido Net Worth, Age, Career, and Biography
Dave Navarro Tattoos, Net Worth, Height, Biography
To Top
%d bloggers like this: