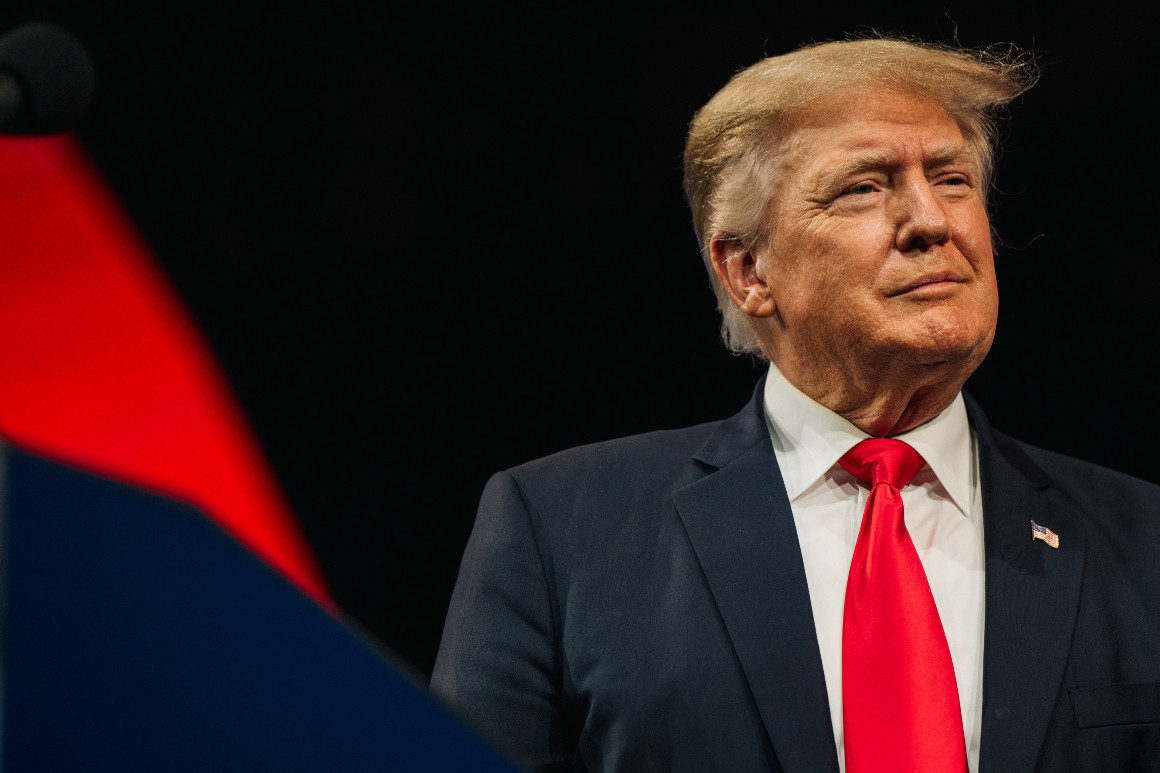 Donald John Trump was born on June 14, 1946. He is an American politician, businessman, and media personality, who served as the 45th president of the United States from 2017 till 2021

Donald Trump is the 45th President of the United States. He was in office from January 20, 2017, to January 20, 2021.With his Vice President Mike Pence. Preceded by Barack Obama, Succeeded by Joe Biden.

Trump, a Republican originally from New York City, took office following his Electoral College victory over Democratic nominee Hillary Clinton in the 2016 presidential election, in which he did not win a plurality of the popular vote.

Trump made an unprecedented number of false or misleading statements during his campaign and presidency. His presidency ended with defeat in the 2020 presidential election to Democrat Joe Biden after one term in office.

It was the first president since that of Herbert Hoover in which a president was not reelected and his party lost its majority in both chambers of Congress.

Donald John Trump was born on June 14, 1946, at Jamaica Hospital in the borough of Queens in New York City. He is the fourth child of Fred Trump, a Bronx-born real estate developer whose parents were German immigrants, and Mary Anne MacLeod Trump, an immigrant from Scotland.

Trump was raised alongside his older siblings Maryanne, Fred Jr., and Elizabeth, and his younger brother Robert in the Jamaica Estates neighborhood of Queens.

Donald attended the private Kew-Forest School from kindergarten through seventh grade. When he was 13 years old, he enrolled at the New York Military Academy, a private boarding school, and in 1964, he enrolled at Fordham University. After two years he transferred to the Wharton School of the University of Pennsylvania, he graduated in May 1968 with a B.S.C in economics.

In 2015, Trump’s lawyer Michael Cohen threatened Trump’s colleges, high school, and the College Board with legal action if they released Trump’s academic records.

During his college days, Trump received four student draft deferments during the Vietnam War era. In 1966, he was qualified for military service based on a medical examination.

Also in July 1968, a local draft board classified him as qualified to serve. In October 1968, he was classified 1-Y, a conditional medical deferment, and in 1972, he was reclassified 4-F due to bone spurs, which disqualified him permanently from service.

In 1977, Trump married Czech model Ivana Zelníčková. They have three children, Donald Jr. Who was born in 1977, Ivanka born in 1981, and Eric was born in 1984. Ivana became a naturalized United States citizen in 1988.

The couple divorced in 1992, following Trump’s affair with an actress named Marla Maples. He and Maples have one daughter, called Tiffany. She was born in 1993. Donald and Marla married in 1993, they separated in 1997 and divorced in 1999. Marla raised Tiffany in California. In 2005, Trump married Slovenian model Melania Knauss. They have one son named Barron,  who was born in 2006. Melania gained U.S. citizenship in 2006.

Donald Trump attended Sunday school and was confirmed in 1959 at the First Presbyterian Church in Jamaica, Queens.

In the 1970s, His parents joined the Marble Collegiate Church in Manhattan in the 1970s which was part of the Reformed Church. The pastor at Marble, Norman Vincent Peale, ministered to the family until he died in 1993. Trump admired and described him as a mentor.

The church 2015 stated Donald Trump “is not an active member” in church. he appointed his pastor in 2019, televangelist Paula White, to the White House Office of Public Liaison. He openly announced that he is identified as a non-denominational Christian in 2020.

Dependency of Donald Trump’s Net Worth:

Donald Trump doesn’t need to depend on anyone for finance. He is one of the richest American Politicians and also the first American Billionaire President. Judging from this fact his net worth increases daily and annually based on his assets.

Donald Trump’s total net worth is around $2.5 Billion. He is a rich man owning from his various businesses.

Some of His car collections:

Donald Trump is said to be a generous man and has supported most charity which includes:

Donald Trump has also given a huge donation to charities. He was also supported and promoted by the people who featured on his television show, “The Apprentice”.

Donald Trump’s penthouse is in New York. It is worth 100 million US dollars and it has three stories. He also owns a 39000 sq ft mansion in Bedford, New York. The mansion has sixty rooms and an indoor pool of white marble.

It has a formal garden, fountain, and bowling alley. Excluding this, he owns different houses also. Donald Trump owns a resort and a residence in Florida. After he was sworn in as the President, he lived in the White House in Washington DC with his wife Melania Trump, and his son.

Donald John Trump was born on June 14, 1946. He is an American politician, businessman, and media personality, who served as the 45th president of the United States from 2017 till 2021

2. What is the real age of Donald Trump?

3. What is the name of Donald Trump’s Wife?

4. How did Donald Trump get rich?

Trump’s wealth arises from a variety of sources, including gifts, loans, and inheritance from his father, Fred Trump; trust funds; suspected fraudulent arrangements; fundraising; and business deals and investments.

5. What is the net worth of Donald Trump?

Donald Trump’s total net worth is around $2.5 Billion.

6. What is the Salary of Donald Trump?

Donald Trump earns an estimated salary of $600 Million Per Year.

7. What is Donald Trump Height?

♠ Donald Trump does not consume alcohol.