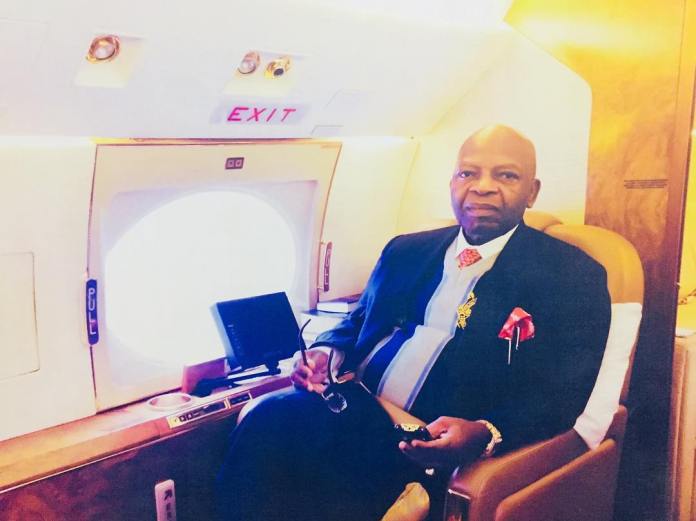 Prince Arthur Eze was born November 27, 1948, in Ukpo, Dunukofia LGA, Anambra State, Nigeria.5 He is also a politician and a philanthropist. He’s a prince and was born into a traditional Royal family. A traditional title was also bestowed upon Him as the ‘Oiogbondu’ of Ndi Igbo (savior, according to one translation) and his brother is the traditional Ruler of Ukpo Village.  He is said to be the 8th wealthiest Man in Africa.

Source of Wealth: Oil and Gas

Eze is a huge fan of the late highlife musician Oliver De Coque. Before his death, the Igbo artist released an album in which he praised Eze. Emeka Morocco, an Igbo artist who pioneered the ekpili style of music, also included several songs that praised Eze on several of his albums.

In 1970, Arthur Eze schooled at St. Augustin Secondary School in Nkwere, Imo State. From 1974 to 1978, he attended California State University to pursue a degree in Mechanical and Chemical Engineering after completing his secondary school education. Arthur Eze founded Atlas Oranto Petroleum in 1991, and it is now Nigeria’s largest privately-held oil production and Exploration Company.

Arthur Eze is happily married and blessed with Children. Onyeka Eze, His child is the president and founder of the Prince Osisioma Foundation.

Atlas Oranto Petroleum was founded in 1991 by Eze for oil exploration activities in West Africa, and it was incorporated two years later. The company currently holds the most oil exploration blocks in Africa. The company’s acreage is expanding, and just two oil blocks can produce over 100,000 barrels of crude oil per day.

The plane is thought to be one of the old Presidential Air Fleet models that Eze purchased at auction in 2011.

Atlas Petroleum International and Oranto Petroleum are both privately held and registered in Nigeria, with common share ownership. The Eze family owns stock in the companies and is actively involved in the day-to-day operations. Atlas and Oranto place a high value on going above and beyond corporate governance best practices, as well as adhering to international health, safety, and environmental regulations. This ensures that our partners and host country governments have complete faith in our ethical business practices.

Following the privatization of Nigerian airlines a year after establishing Atlas Oranto, the billionaire investor founded Triax airlines in 1992. Triax Airlines was based at Enugu Airport and operated three Boeing 727’s before closing down in 2000. Arthur Eze, in addition to being a businessman, is also involved in Nigerian politics. In his sitting room, he founded the political party ‘All Progressive Grand Alliance’ (APGA).

He has been a major donor to the People’s Democratic Party (PDP)for a long time. He’s known for chairing campaign fundraisers and giving nearly $100 million of his own money to candidates during the last election cycle. 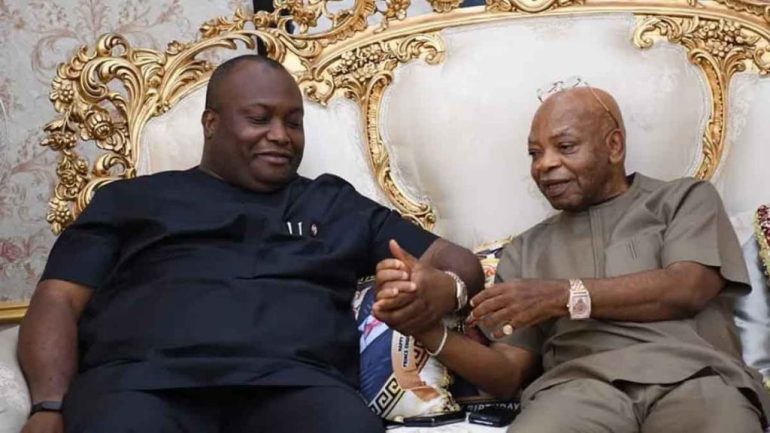 Eze is commonly referred to as “the godfather” among Anambra State’s top political figures. They recognize the enormous power he wields through his political donations. Some argue that “godfatherism” in Anambra State began with Eze’s sponsorship of Senator Joy Emordi in 2005, following the annulment of Emmanuel Anosike’s election.

In 2013, he also made headlines by donating $12 million at a fundraising dinner to help fund the construction of an Anglican Church Youth Development Center in Otuoke, Bayelsa State, President Jonathan’s hometown. He is also well-known for donating $6.3 million to flood relief efforts in Nigeria in 2012, as well as to ongoing educational causes and universities.

Arthur Eze’s net worth is estimated to be around $5.8 billion. 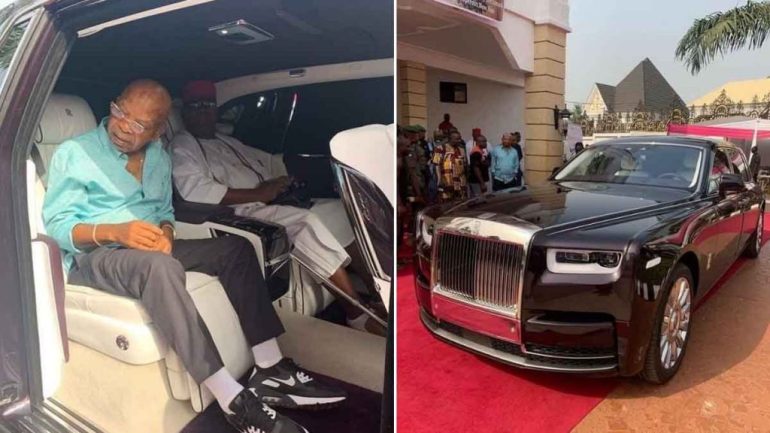 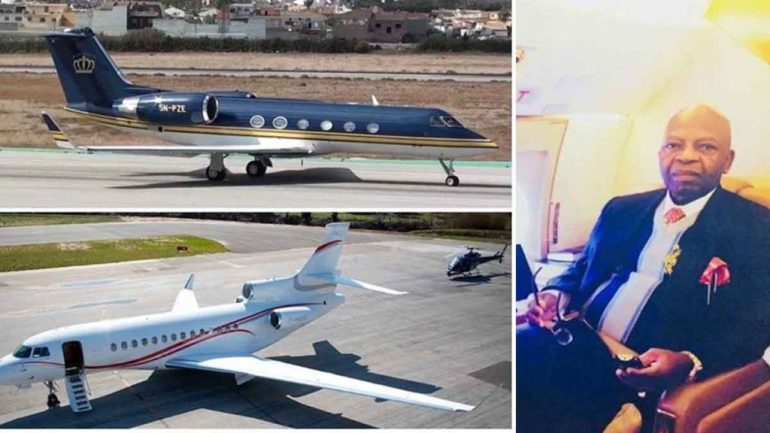 . Eze is rumored to have five different Rolls Royce models in his garage, as well as a private jet – a Bombardier worth more than $25 million – and is known for his flamboyance.

1. Who is the owner of Atlas Petroleum Company?

Did Arthur Eze have a private jet?

Arthur Eze is The CEO of Atlas Oranto Petroleum.

Prince Arthur Eze is married and has children. His wife’s name is unknown.

Nana Otedola Net Worth, Biography And Age
Mansura Isah Biography, Net worth, Husband
To Top
%d bloggers like this: