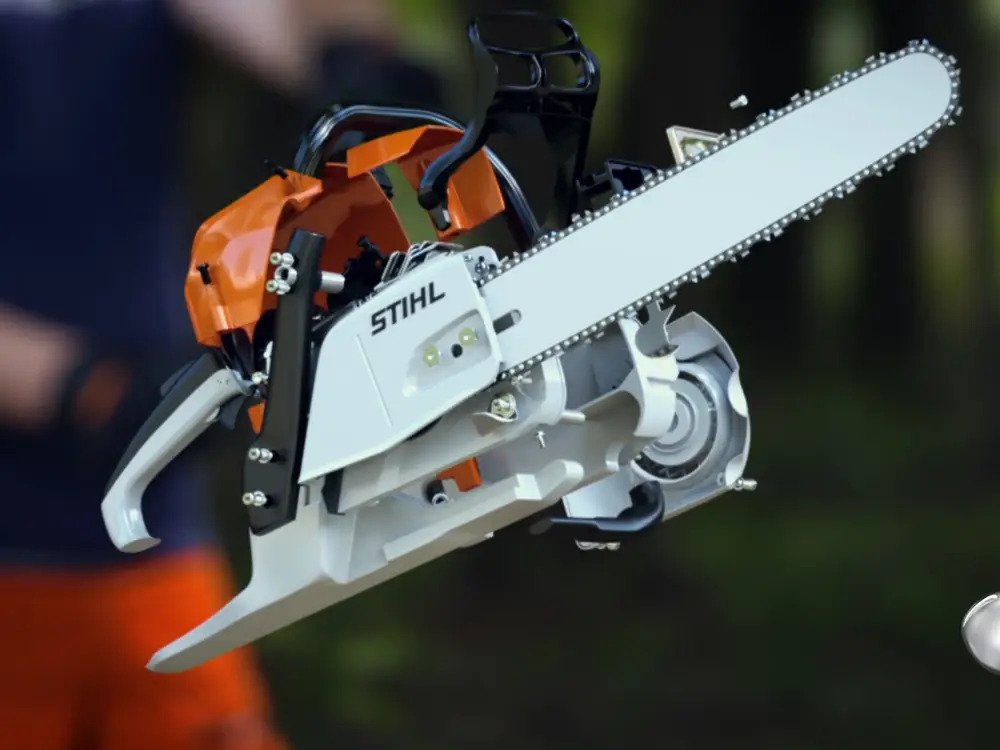 There have been recent Tiktok Videos on the origins of  Chainsaws and the real reason for inventing it. This video went viral when a TikTok user, hellomynameisjon posted on his page about the origin of the chainsaw. It was so scary to find out the answer but it is the real TRUTH!

But not as it sounded or has been seen in so many videos on how the fat-monstrous-blade-teeth tool work and its hacks on trees.

It was different from how it is being used today and in the early 1700s. It was used to help mothers deliver their babies by creating space between the pelvis for the babies to fit in.

Why was the Chainsaw invented?

In the early 15th century, there were a lot of complications in child birthing in the Roman era which led to increasing in the number of maternal deaths both from mother and child.

Those times, it was seen by doctors or surgeons who were using a small kitchen knife to cut open a dying pregnant women’s womb, who was unable to give birth to save their babies lives.

This law was allegedly wrote by the Roman Emperor Caesar and was prioritized in saving the baby’s life over the mother’s. It was known as the “last resort” but the most torturing process in childbirth history.

This passed down to many centuries till in 1700’s when the doctors chose to remove part of the bones and cartilage from the pelvis in order to create space for the baby to fit in and save both mother and the child.

This method is medically Known as “Symphysiotomy”-a surgical procedure where the cartilage of the pubic symphysis is divided to widen the pelvis- for the babies to fit in the space of the birth canal- if they are stuck or in a breech position( when a baby comes through the birth canal posterior (buttocks), feet, or knees first, instead of the more usual position of headfirst) and there was no possibilities of performing a caesarian section.

The two Scottish surgeons saw the need and invented the Chainsaw to assist instead of the long hand knife cutting process. The tool made the surgical procedure a lot easier, faster and save time but still, the pain was unbearable.

When was Chainsaw invented

It was first linked to 1700’s, where the only tool used was a small hand knife in the absence of anesthesia to reduce the pain. This procedure was long, excruciatingly painful and unbearable.

The Chainsaw was invented in 1780 by two Scottish surgeons doctors, who saw the need to save both mothers and kids, but the small hand blade with little teeth on a chain which was wound by a hand crank was the most “torturing” world’s first tool.

Researchers said that the women subjected to this method were brutalized, tortured and prone to infection, bladder injury , walking difficulty and long life treating complications

The Chainsaw was not only used for childbearing but for other surgical operations like:

The origin of this hand crank blade was invented by two Scottish surgeons, John Aitken and James Jeffery in Scotland.

John Aitken, a surgeon in a Royal infirmary of Edinburgh and also a medical lecturer in the university. He is popular for his practical surgery improvements in medical field and his invention like the Chainsaw tool.

James Jeffery, on the other hand, was his partner in the medical field, who studied at both Glasgow and Edinburgh university from 1790 and emerged as a university Rector in 1800. He held two degrees in Anatomy and botany and was best known for his work in dissection- the act of dissecting a body either by cutting it apart; to perform a necropsy or an autopsy (dictionary). He also performed his work on the bodies of people sentenced for murder. He is buried on North side of Glasgow Necropolis.

In 1830, another German doctor named Bernhard  Heine invented an advanced Chainsaw known as chain Osteotome which looks like chisel with chain and added  guards on the edges of the chains to protect the surrounding tissue without bone splintering or damaging the soft tissue.

It was medically improved for amputation of bones or cutting through bones. This awarded him a medical honor in France and was invited to Russia to demonstrate how the tool work.

Now, the chain Osteotomies is being manufacture both in New York and France and some other part of the world.

Although, the tool medically improved but it was not a proven option for pregnant women that their babies got stuck.

When did they stop using Chainsaw for child birth?

This was medically improved in the 17-century to 18th century and also early 1900’s.

Since Caesarian Section was recommended and the sterile surgical anesthesia was provided, more lives have been saved more than the chainsaw in 1700’s and till now.

Although, The Symphysiotomy is not longer used but some part of the world still go through it when the C-section is not available

After all the medical invention about chainsaw, another man, Andreas Stihl– the founder of the Stihl chainsaw company invented the wood cutting chainsaw rather than the bone and flesh tool.

It was sold in the market in 1926, weighed 105Ibls and required two man to operate it.

From then till now, you can see the Fat-monstrous-blade-teeth machine in markets, warehouse and in different sizes.

We are glad, it is now used for other things than the original invention.

1.What was Chainsaw originally designed for?

It was designed to help mothers in child delivering through Symphysiotomy. But now, it is common in the timber industry than in medical field though it is still used in cutting bones and excision of infected flesh.

2.Why was the Chainsaw invented meme?

It is just a TikTok meme that went viral with the videos describing the origin of the chainsaw and its reason.

What Dinosaur has 500 teeth? All You Need To Know About Nigersaurus
To Top
%d bloggers like this: