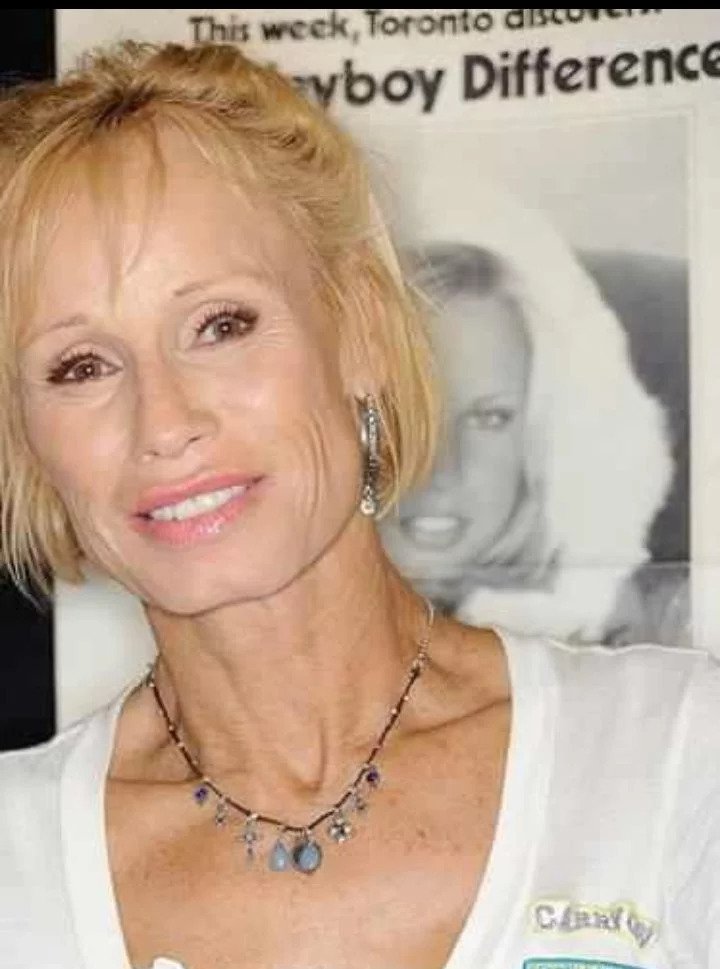 Sondra Jo Theodore (born on December 12, 1956 in San Bernardino, California) is an American fashion model and Actress. She came into the limelight when she appeared on Playboy Magazine’s Playmate of the month which was issued in July 1977.

Sondra Jo Theodore was born in San Bernardino, California on December 12,1956. She spent her early life in Bernardino with her family, whom are  not disclosed to the public and had her High School education in her hometown.

At the age of 17, she was featured as the main lead in Local San Bernardino summer Youth theatre musical production of Cinderella in 1974. During her school days, she represented her native city as Miss Bicentennial in honor of United States Bicentennial.

Sondra just spent only a year in college before moving to Los Angeles to pursue her career as an actress in the Hollywood movie industry on July, 1976.

Sondra is currently single but a divorcée. She was married to Ray Manzella in 1985. They had two kids: a son, Taylor Manzella and a daughter, Katie Manzella Sondra Theodore later divorced her husband after some years spent together.

Sondra Theodore’s dark revelation and past secrets of Hugh Hefner

Sondra’s relationship life is really not a smooth one after her encounter with her ex-boyfriend, Hugh Hefner– the CEO and Founder of Playboy Magazine. The duo dated for five years from 1976 to 1981 before splitting up.

This revelation came to the public when Sondra opened up on how she was traumatized and devastated in being part of the Playboy show on A&E Network. She described her ex-boyfriend, Hugh Hefner as a “Monster” and “sex addict”.

The Sunday School teacher, Sondra said they met at the party and became friends which led into having a romantic affairs but Hefner loved bringing other women and men into their sexual lives. She revealed that Hefner was sexually attracted to animals and has caught him once making out with her dog.

She talked about his sexual drive and how really unbearable it was and how he would forced her to recruit other women for sex film for his own gain. She decided to break up from that crazy life before she lost it. She claimed she was subjected to become his drug mule and was invited for a plastic surgery but denied being involved.

Sondra career journey was from her passion for acting and modelling at a very young age. She came into spotlight after appearing as a model on the Playboy Magazine and became Hugh Hefner’s girlfriend.

She also became Playboy Magazine’s Playmate of the month which was issued on July 1977.

She made her first debut in the TV series known as Bob Newhart Show and also featured in Barnaby Jones as Mary Lee in 1977.

In 1978, she had a back-to-back project on acting and modelling such as Stingray, Skateboard, Three on a date as model, Fantasy Island as Gloria and Chips as Marsha. In 1981, she appeared in the movies, The man who loved women and her last movie, the tonight show in 1983. She left the industry in 1983 and came back recently in the show, Secrets of Playboy as of 2022.

She is the CEO of Theodore Revamped furniture and the head Artist of the firm.

Sondra can be connected on her Instagram page @revamped4you

♠ She is a pet lover and once had a lizard as pet.

♠ She was a drug mule for Hugh Hefner

♠ She denied doing plastic surgery for the Playboy Magazine

♠ Playboy has been acquired by another person after the death of Hugh Hefner.

1.How many Children did Sondra Theodore have?

2.How did Sondra Theodore get away from Hugh Hefner?

According to what she told the A&E Network, she said that Hugh Hefner flirted with her eighteen years old daughter, Katie at the Playboy mansion.  This led her to cut ties with him and warned him to stay away from her daughter.

3. Did Sondra ever get married?

Yes, she got married to Ray Manzella in 1985 but the relationship ended after having two kids.