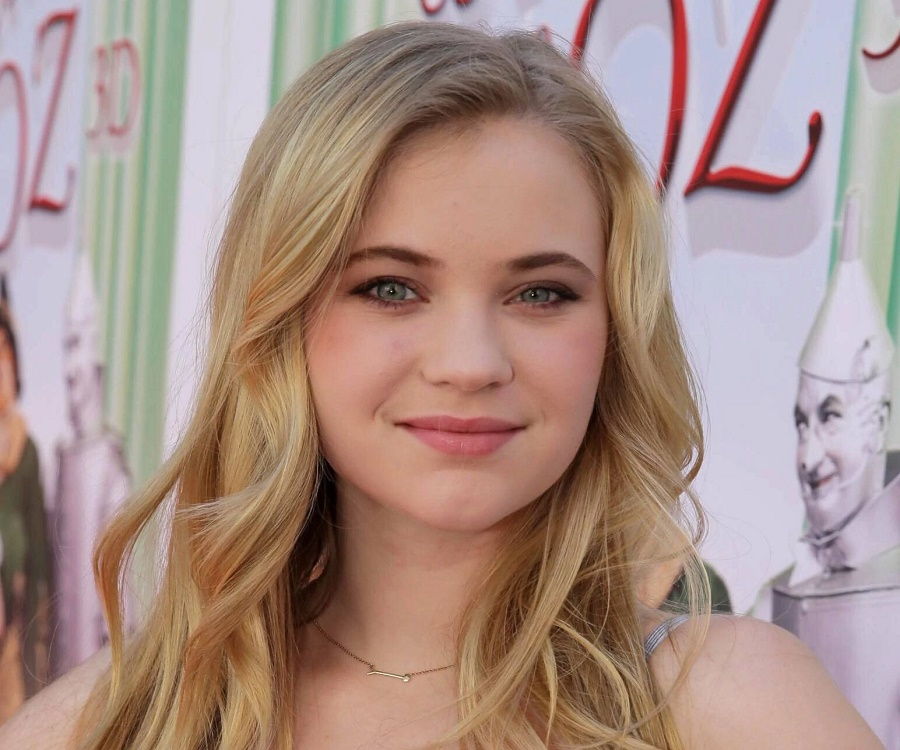 Sierra McCormick, born on October 28,1997 in Asheville, North Carolina, U. S. is an American actress. She was first known for her participation in the popular game show Are You Smarter Than a 5th Grader? (2007-2008) before she made her acting debut with a recurring role on the television series Supernatural as Lilith (2008).

She is best known for her roles in the Series A. N. T. Farm as Oliver Doyle (2011-2014). She has since moved on to appear on more mature films such as the horror indie film Some Kind of Hate (2015) and in the Science fiction film The Vast of Night (2019) as Fay Crocker which earned her a critical acclaim and a nomination from the Critics Choice Super Awards. She returned to television playing Scarlett in three episodes of the Hulu Series American Horror Stories.

Sierra McCormick was born in Asheville, North Carolina. The family moved to Los Angeles shortly after her birth and she soon developed a keen interest in acting. She joined ‘The Corsa Agency’ in Los Angeles.

Her first few auditions were not too great, which led to her getting disheartened. Her strong will had her going and she ended up playing guest appearances in the Series Till Death when she was 9. Even though she was not credited, the role provided her enough experience in front of the camera.

She doesn’t talk much about her parents but she considers them as her biggest support system. She has her younger sister Kayla McCormick, who she has been very fond of since childhood.

Sierra began her acting at the young age of 9 on the television series Till Death. She got cast in 2007 in the second season of the game show Are You Smarter Than a 5th Grader? as one of the students. After her guest appearance on the Disney Channel series Hanna Montana (2008), she co-starred alongside China Anne McClain in the film Jack and Janet Save the Planet, an unaired pilot. She appeared as Lilith in the same year, on two episodes of the Fantasy television Series Supernatural.

In 2009, she made her film debut with a small role in the adventure comedy Land of the Lost and in 2010, she appeared in Ramona and Beezus as Susan Kushner. In 2011, Sierra appeared in the television film A Nanny for Christmas and voiced Alice in the Spooky Buddies. The casts of the film won a Young Artist Award for their performances.

In 2011, Sierra had her breakthrough when she was cast to play the role of Olive Doyle, a girl with eidetic memory in the series A. N. T. Farm. She got chosen when she was heard continuously speaking about tigers after an audition. From 2011 to 2014, she had a recurring role on the Disney Channel sitcom Jessie as Connie.

In 2015, she was offered a pivotal role in the horror film Some Kind of Hate, which was received well at the film festivals. She earned a Fright Meter Award nomination for the role. In 2017, she played the role of Kara Gentry in the TV film Christmas in the Heartland.

In 2019, Sierra co-starred with Jake Horowitz in the science fiction film The Vast of Night which is based on the Kecksburg UFO incident and Foss Lake Disappearances. From July to August 2021, Sierra appeared in three episodes of American Horror Stories on FX on Hulu. She will headline the coming of age drama film Milk alongside Emily Robinson, Ryan Simpkins and Butler Harner.

Sierra currently lives in Los Angeles, California with her parents and younger sister Kayla McCormick. Sierra is an ardent animal lover and has appeared in an advert with her pet dog for People for the Ethical Treatment of Animals (PETA), to promote adoption of shelter animals.

She prefers to keep her relationship life private.

Sierra has a net worth of $1 million dollars.

Favorite movie: The Vast of Night

Sierra McCormick won the Young Artist Award in 2012 for Best Performance in a DVD film – Young Ensemble Cast. She had aSpecial Mention for the Hamptons International Film Festival in 2019. She was nominated for Fright Meter Awards (2015) and Critics Choice Super Awards (2021).

Sierra made her American Horror Stories debut with the first two episodes of the show. She plays the role of Scarlett.

Her sister’s name is Kayla McCormick.

Both have known each other two years prior of the A. N. T. Farm premiere and are really close friends.

Both were co-stars on A. N. T. Farm and seem to be very good friends.

6.What Episode Of Supernatural Is Sierra McCormick In?