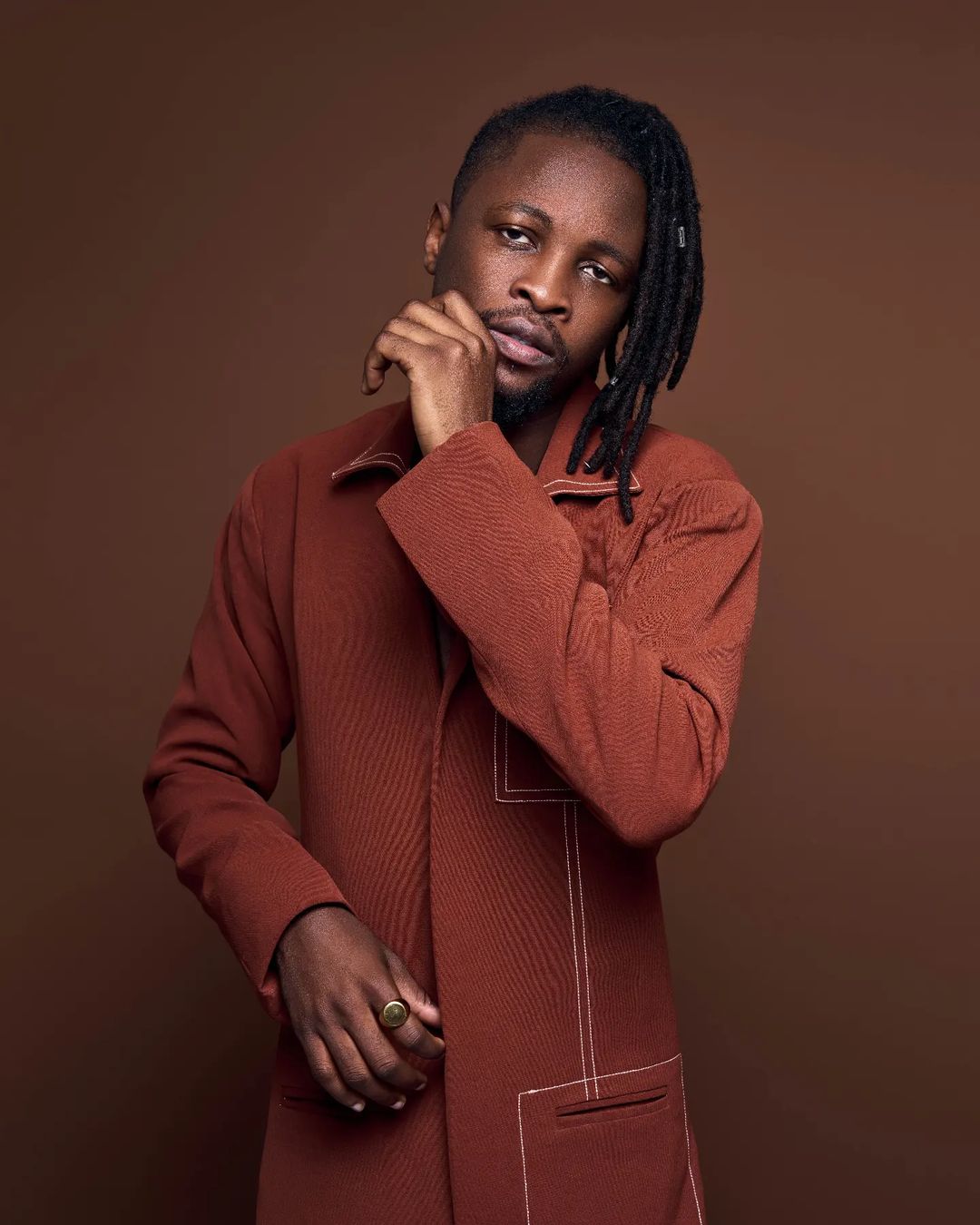 Olamilekan Massoud Al-Khalifah Agbeleshebioba, was born on November 8, 1993 in Lagos, Nigeria. He is professionally known as Laycon, and is a Nigerian media personality, rapper, singer and song writer. He won the Big Brother Naija Season 5 and is currently the youth ambassador of Ogun State.

Laycon was appointed by Governor Dapo Abiodun on 6th October, 2020. In 2020, he won the artiste of the year at the 2020 Naijatraffic Awards.

Laycon was born in Lagos, Nigeria. He is a native of Bajuwen, Odeda, Ogun State. His family consists of himself, his mum and two siblings: Tope Agbeleshe and Yomi Agbeleshe, who are all boys. His father passed away some years ago and he is the last born.

He attended Emmanuel Children Nursery and Primary school, Alakuko. (1996-2003) and Lagos State Model College Meiran, Lagos (2003-2009) for his Secondary School education. In 2012, he went on to University of Lagos to study Philosophy and graduated in 2016 with a second class upper degree.

Laycon started his career as an intern by being the personal assistant to the MD and CEO of Latjum Global Nigeria Limited of Lagos – he was still an undergraduate in University of Lagos. He later moved to Best man Games, Ikoyi, Lagos where he worked as a sales and business development personnel after graduating.

Two months later, he was made the personal assistant to the assistant director of Welfare in administration and human resources at Lagos State Ministry of Information and Strategy. He also worked as a freelance writer for different companies and establishment during this period.

Laycon got appointed by the Governor of Ogun State, DapoAbiodun on 6th October, 2020 as a youth ambassador. On 3rd January, 2021 he received a chieftaincy title from the Onipokia of Ipokia, Ogun State, Yisa Adesola Olamiyan at the 2021 Ooo Day celebrations as the Akeweje of IpokiaKingdom, Ogun State.

Laycon began rapping and writing songs at a tender age. He was among the ten artiste that performed at the 2014 Coke Studio University of Lagos event.

Also, at the 2017 MTV BASE LSB challenge, he was one of the top ten finalists. Laycon got signed into Fierce Nation Record label in 2019 and on 21st February, same year, he released a track Fierce with Reminisce and ChinkoEkun from his second EP Who Is Laycon? . On August 28, 2020 he released another single Senseless.

The remix of Nobody by Dj Neptune was released on October 2020; and his verse in the remix of the song Nobody iCONs Remix was recorded two days after he left the big brother reality TV show. He got featured by Mr. Real in the remix of his song Baba Fela.

On March 10, 2021, Laycon released two singles – Wagwan and Fall For Me (featuring YKB) with Wagwan at number five on billboard’s top ten global trille chart. Laycon released his first album on 30th April 2021 titled Shall We Begin. It peaked at number one on the Nigeria iTunes album chart and number two in Nigeria top album chart. It went on to chart in over 30 countries. In same year, he went on to release the original soundtrack album to his reality show I Am Layconwhich also has the same title. This second project peaked at number nine on Nigeria Album Chart. Fellow housemate Veeiyefeatured him on Enter My Head, which is on debut EP Young & Reckless. On the 28th of December, 2021, Laycon sold out his first-ever concert tagged iCONs FEST at the 6000 capacity Eko Convention Center, Eko Hotels, Lagos.

On July 19, 2020, Laycon entered the show as the number nineteenth contestant. He became the first housemate of the season to get verified on Instagram on July 22, 2020. His first stage appearance got many fans of the show talking about him because of his Christmas lighting type shirt. While still in the house, he became the first housemate ever to reach 1 million Instagram followers on the 19th of September, 2020.

On September 27, 2020, during the finale, he was declared the winner after smashing new records of 60% for the show in terms of voting numbers and he went on with #85 million naira grand prize which includes 30 million cash, two bedroom house and a brand new car.

Currently, Laycon has two luxurious apartment. He has three bedroom bungalow in Ogun State, courtesy of the governor DapoAbiodun and two bedroom apartment in Lagos from Revolution Plus Estate Developers.

After winning the show, he became the owner of an SUV worth 25 million naira fromInnoson Motors. To celebrate his 27th birthday, his fan base gifted him a brand new 2015 Mercedes E350 which is worth #18 million.

His success story has opened him to lots of opportunities and has many endorsement deals such as: Brand Ambassador of Gotv Nigeria, Mentos Fresh Action Candy, Orijin, Youth Ambassador of Ogun State, Beauty body skin care brand, Oppo Nigeria and also partnering with an online retail store Jumia.

Laycon is single but there are rumors of a secret girlfriend which he does not want to be exposed to the public. He is deeply focused on building his music career.

He generates his income from album sales, music streams, Personal brands, endorsements and Show tours. He is currently one of the richest and most influential BBNaija 5th edition housemates with an estimated net worth of #210 million naira.

He has won awards like City People Music Awards, African Entertainment Awards USA, Naijatraffic Awards (all in 2020). In 2021, he was nominated for Net Honoursas Most Popular BBnaija Star.

1.What Is Laycon’s Fan Base Called?

They are called ICONS.

‘Big Bad Wolf’ is the new song of Laycon, produced by Finitowhich is taken off his latest body work album of 10 tracks.

3.Laycon Fall For Me

This song ‘Fall For Me’ was produced by Senziand was dropped alongside his second single Wagwan. It features YKB.

This is a new single Verified which features DMW star, Mayorkun. It is taken off his new project album tagged Shall We Begin.

6.How Many Followers Did Laycon Have Before BBN?

Before going into the BBnaija house, he has 3,835 followers.

7.Who Has The Highest Followers In Big Brother Naija?

9.How Much Is Laycon Worth In Dollars?

10.What Is The Net Worth Of Kiddwaya?

One user from Nigeria says it means “Grace, Favor, Blessed”. One who is loved by many.

12.Which Record Label Is Laycon Now?

He is signed into Fierce Nation Record Label.

He is a Yoruba celebrity, born and raised in Lagos, Nigeria.

Laycon and Nengi have been best friends since they met in the reality show. Nengi has revealed that she likes Laycon and feels comfortable with their kind of relationship.