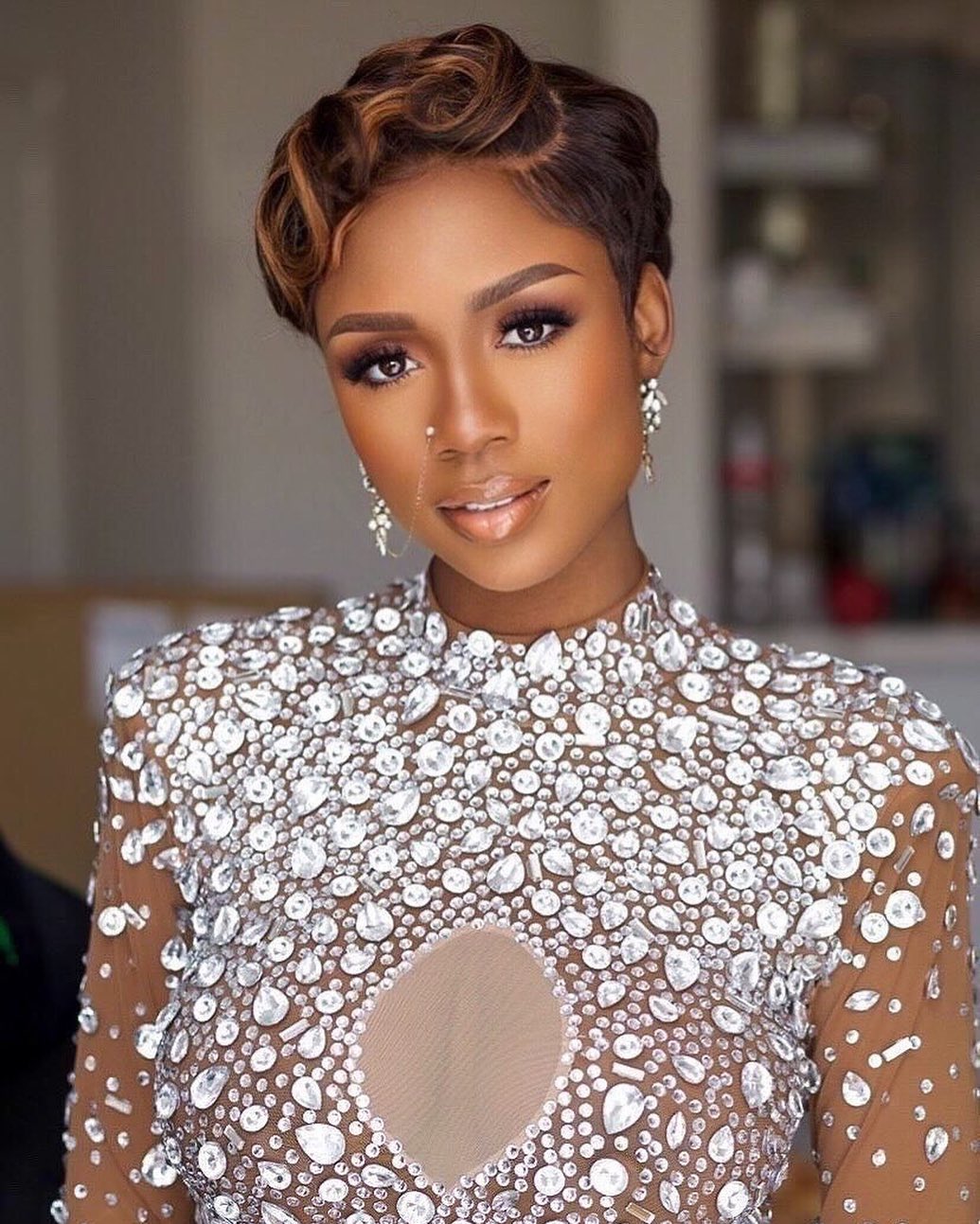 Korra Obidi has graced the social media space with her sophisticated dancing moves with her protruding belly showing that even pregnancy can’t stop you from having fun. She is energetic, vibrant and has appeared in several videos for renowned Nigeria artists like Davido, Sasha, etc

Korra Obidi was born on June 23,1994 in Oshimili, North area of Delta State, Nigeria. She grew up in Delta with her family but her mother is late. she had her primary school education in her hometown and headed west to attend Command Secondary School where she obtained her O’Level certificate at Ojo Zone in Lagos State.

She also gained admission into University of Lagos to study Business Education. Her passion for dancing developed while in school and had appeared in her school several dancing competitions.

Korra Obidi started dancing at a very young age and was a member of her church-Deeper Christian Life Ministries-Choirs.

She professionally started dancing for renowned Nigerian Artistes like Davido, Sasha, Timi Dakolo and others in their music videos. She has performed alongside Walid Atallah at the Ladies A’la Mode in Muscat, Oman, Burj Al Arab, Dubai as the only Black woman representing women of different complexions.

Korra Obidi had her dance training in Belly Dance and Classic Odissi in Cairo and Lagos under the Tutelege of Priti Mastakar.

In 2015,she officially started her music career where she released her single debut song titled, Man like you and another debut EP, Woman power.

In 2017, she released a world cup song titled, Africa, which was accepted by a lot of football fans.

In 2018, she released her single song, Park well and it ranked 4th in Nigerian Music Chart. Since then, she has released so many songs like: Jeje, Vibration featuring Victoria, 50/50, Money be person produced by Killer Shay, No Time produced by Fliptyce, drop, cool temper and others.

In 2019, She made  headlines, when she appeared in an American popular dance show, “ So You Think You Can Dance”. She was the only six months pregnant woman that made it in the show.

Korra Obidi has appeared as the major model for the brand, ‘Black- Eyed peas’ visual wings.

Korra Obidi is married to her American husband Justin Dean, a Sport therapist and Chiropractor. The duo tied the knot on December 17, 2017 in Lagos, before moving to Los Angeles, California to live.  The Union is blessed with two daughters: Jude Dean, born on July 9, 2019 and Athena Dean, born on March, 2022.

Justin Dean has also appeared in some of her dancing videos on her social media pages and the couple looked so happy together.

On March 10, after a week Korra gave birth to her second child, her husband, Justin made a shocking post on his Instagram page about ending their marriage.

He posted: “Korra Obidi and I are getting a divorce. It is over! I would not be treated this way any longer. I did my absolute best to make it work. I did not want this, I did my best, my heart is broken. I supported her, loved her and I don’t deserve the way I was treated.”

The post stirred a lot of controversies on Instagram, and the Netizens thought it was a prank till he made another post validating his decision and end of their marriage. It was seen in one of Korra’s videos, where she said about supporting herself and to raise their kids on her own. They are separated but still going to court for their divorce.

She was also nominated as Africa Best Dancer at the All Africa Music Awards (AFRIMMA) in 2017.

She won the Miss Radiography 2009 at the University of Lagos.

She also won the Miss Congeniality for Miss Global Nigeria in 2014 and Miss Moremi 2010 in University of Lagos.

Korra is fully active on her social media pages.

1.Who is Korra Obidi?

Korra Obidi is a Nigerian talented dancer, actress, singer and model. She hails from Oshimili North area of Delta State.

2.What is Korra Obidi real name?

They are Jude Dean and Athena Dean.

4.Which state is Korra Obidi from?

She is from Delta State