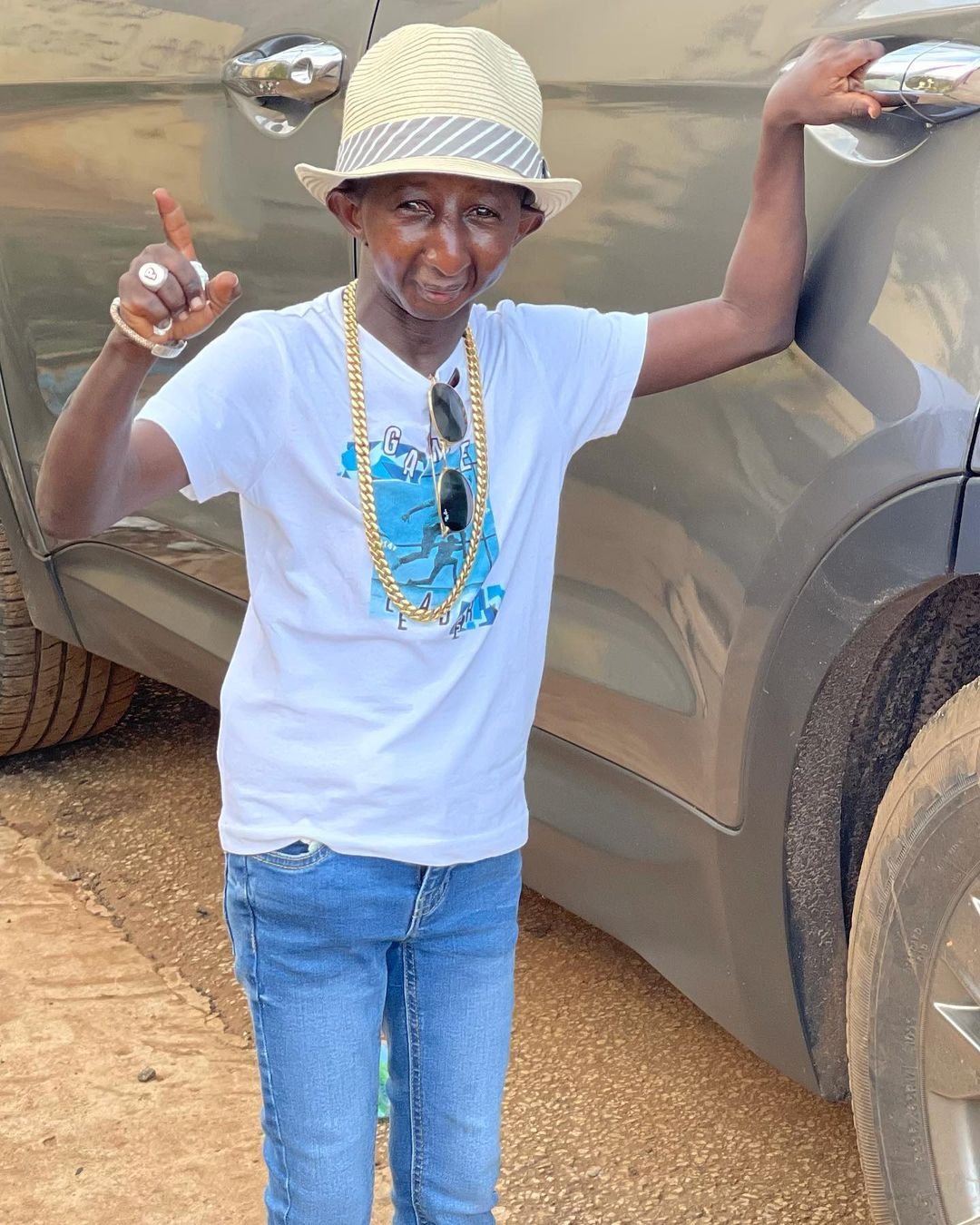 Who is Grand P?

Moussa Sandiana Kaba  Popularly Known as Grand P  was Born on October 11, 1990, in Sanguiana, Nabaya, Guinea. He is a Musician and Media Personality.

What Does Grand P do for a Living?  Grand P is a Musician. He became popular in 2019 during Kerfalla Kante’s Show at the People’s Palace in Conakry.

Below are some of His popular music.

The singer was once a member of Guinea’s delegation to the Africa Cup of Nations in Cairo. He stood up for and supported his country, earning him respect and notoriety. The singer recently expressed an interest in politics. He stated that he would run for president in the next general election.

The Singer is yet to Marry. Although he has been in several relationships.  Grand P is currently engaged to Eudoxie Yao, who happens to be a plus-size model. Their relationship is not Stable.

The two attracted a lot of online attention in 2020 after declaring their relationship. Eudoxie was alleged with him only for business, according to some. Despite receiving a lot of criticism, the couple insisted they were content with their union. The couple announced their engagement in August 2020, and they planned to say “I do” in the early part of 2021.

Eudoxie warned her man to stop kissing fans on the mouth after their engagement if he wanted her parents to approve of their union.

Early in 2021, the couple decided against getting married and kept up their engagement. After breaking up with the singer, Eudoxie declared she was single on July 24, 2021. After allegations of infidelity in the relationship, the couple broke up.

In August 2021, The Couple reconciled and announced on social media that they were back together again.

On the 1st of March 2022, Grand P proposed to Eudoxie for the second time.

Eudoxie shared a video of the proposal on Instagram, calling it “hot.” She was doubtful whether she could completely trust her fiancé. He promised to remain devoted to her. 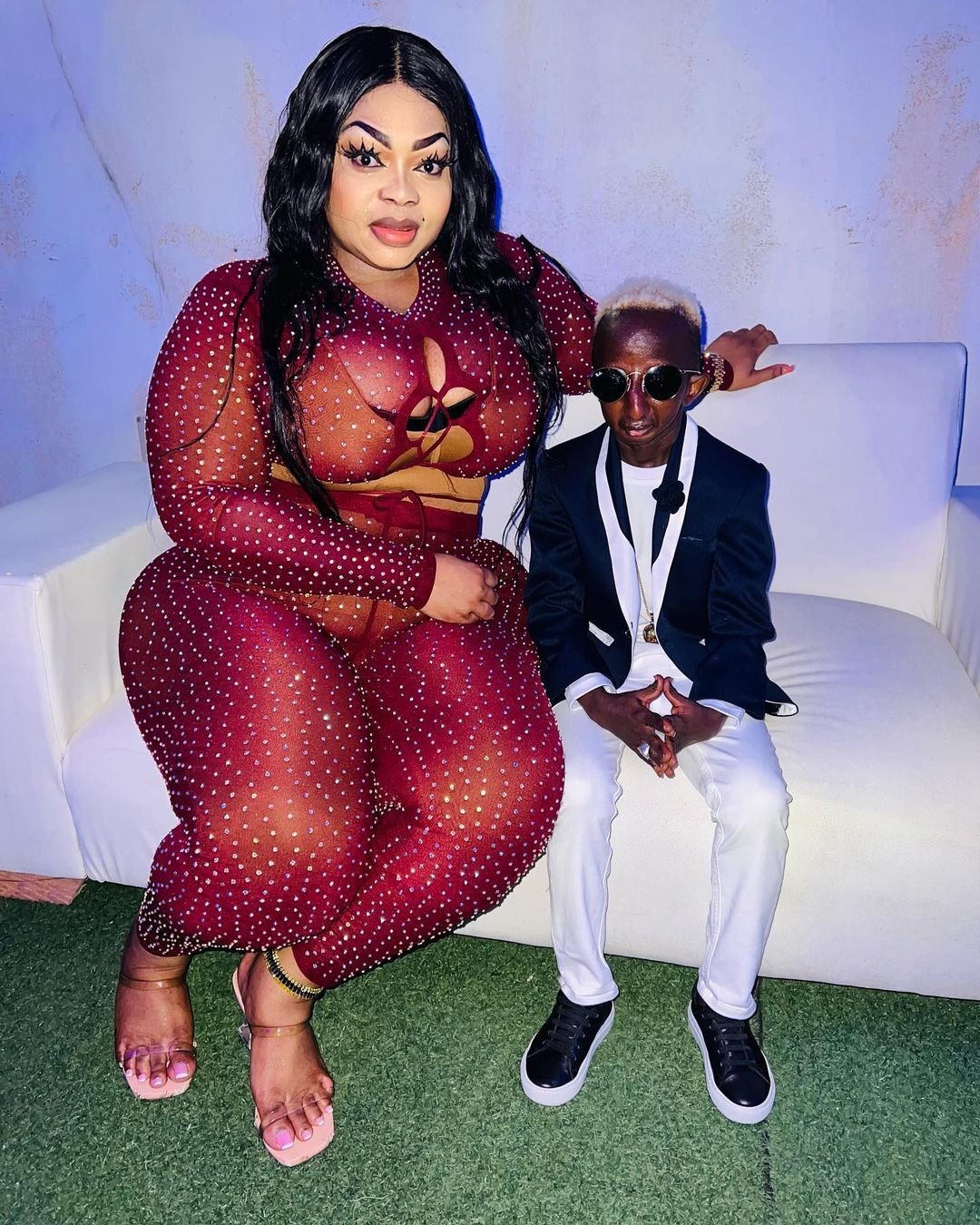 The singer was born with progeria, a rare genetic disease. There are  Approximately 350 to 400 children worldwide who have the disease. The disease is identified by premature aging. This ailment increases the risk of hip dislocation, arthritis, plaque buildup in the arteries, cataracts, and heart disease.

The singer regularly posts pictures of luxurious cars and Houses. However, there has been no official statement regarding his vehicles or residence.

According to Rosbena, Grand P has an estimated net worth of around $10 million which converts to FG 98 billion.

What is Grand P famous for?

He became well-known on social media due to his appearance and the woman he dated. The CAN 2019 competition also thrust him into the international spotlight.

Where does Grand P come from?

Grand P is From

Is Grand P still with Eudoxie?

Yes, he’s still with her.

What Happened to Grand P

After the second Proposal with Eudoxie in August 2021. On social media, the singer vanished. According to the reports, he had a hip fracture and had spent some time in the hospital.

While she was giving him a lap dance, he was hurt. Later, he reappeared online, but he avoided addressing the subject.

Also, Social media users shared images of Eudoxie cuddling up to Congolese musician Roga Roga in December 2021. The Guinean singer was enraged by them, and he retaliated by sternly wanting to Roga Roga. He asked him to keep his woman away from him.