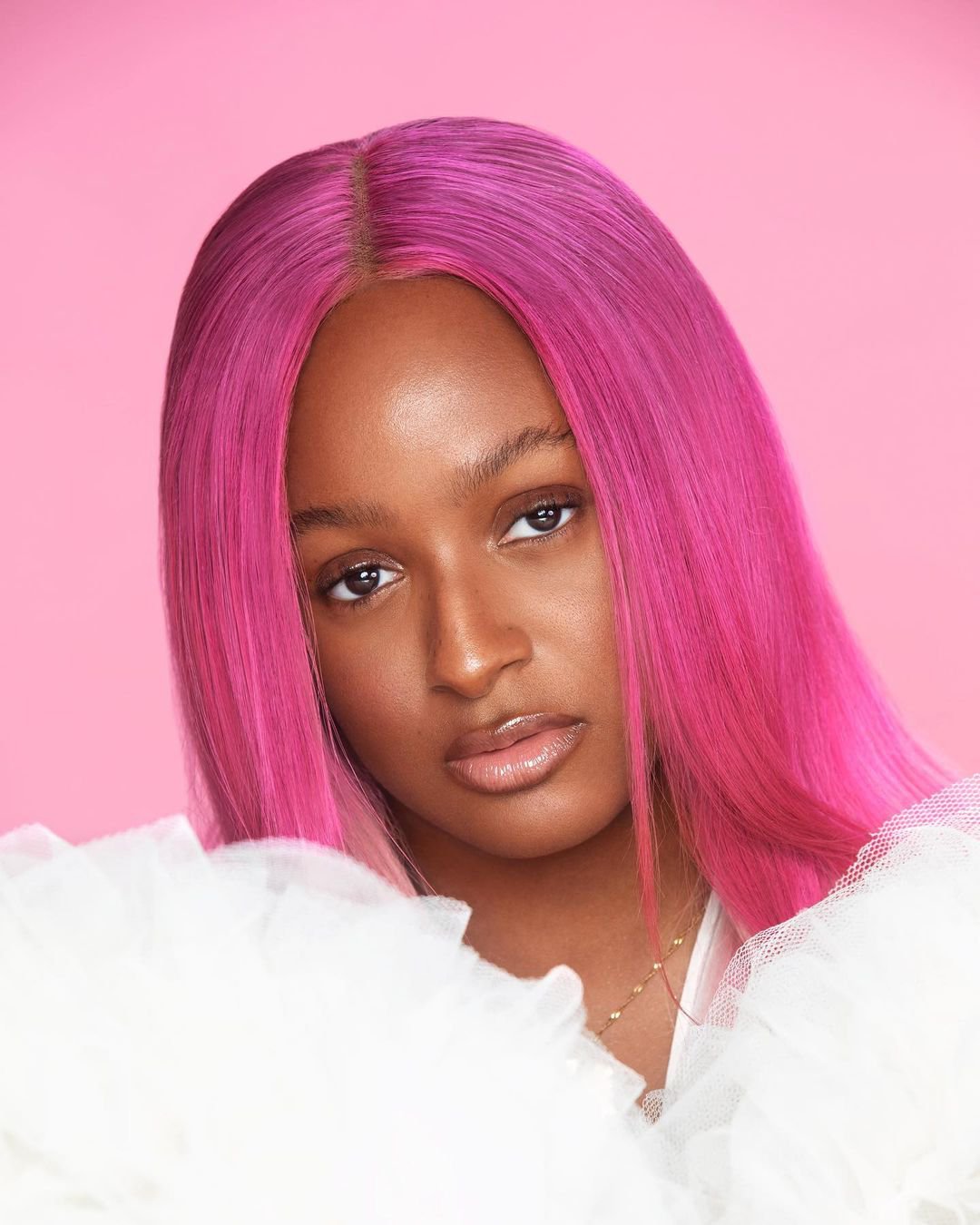 Florence Ifeoluwa Otedola popularly known as DJ Cuppy or simply cuppy was born on November 11, 1992. f She’s a well-known Disc jockey (DJ) and producer. She was born and raised in Lagos and moved to London when she was 13 years old. She’s the daughter of a rich business tycoon, Femi Otedola.

Cuppy’s dad’s name is Femi Otedola, who also shares the same birth month with her daughter. Femi Otedola is a Nigerian businessman and philanthropist who served as the chairman of Forte Oil PLC, a fuel importer. Zenon Petroleum and Gas Ltd were founded by Otedola, who also owns a number of other businesses in shipping, real estate, and finance. Apart from cuppy, Femi has two daughters namely, Elizabeth Temi Otedola (fashion blogger) and Tolani. He has only one Son named Fewa.

Femi got married to his wife, Nana Otetola after the birth of his first daughter Tolani.

Nana Otedola worked for Fineshade Energy Limited for 13 years and is now a director of the company.

DJ cuppy was previously staying in Llupeju for 6 years before she moved to Ikeja. When she got to Ikeja she attended Grange located at Lagos Mainland. She then moved to London for her GCSEs and A-Levels. In July 2014, she graduated from King’s College London with a degree in business and economics. In 2015, she also received a master’s degree in “music business” from New York University.

Her career flamed up in 2014 when she was the resident DJ at the MTV Africa Music Award in Durban. She went on to perform at the Tatler and Christie’s Art Balls in London, as well as the Financial Times Luxury Summit in Mexico City.

She released “House of Cuppy” as her first compilation mix in Lagos and London in July 2014, before releasing it in New York, USA on September 2, 2014. She worked with House of Cuppy to create EDM-style remixes of songs by top Afropop artists.

Cuppy appeared on the cover of the Guardian Life magazine in January 2015. The cover hailed a new generation of African women.  Cuppy was named the official DJ for the 2015 Oil Barons Charity in Dubai in March 2015, making him the first African act to perform at the event.  She was featured in Forbes Woman Africa’s April/May 2015 issue.

The “Cuppy Takes Africa” tour aired as an 8 episode documentary series on Fox Life Africa in October 2016. Cuppy was the resident DJ for MTV2’s Uncommon Sense with Charlamagne Tha God in 2016.

Her first official single, “Green Light,” was released on October 13, 2017.The song features guest vocals from Tecno, A Nigerian singer and Produce.

Her second official single, “Vybe,” was released on March 30, 2018. Sarkodie, a Ghanaian rapper, contributes vocals to the song.

Werk, her fourth single with Skuki, was released on October 5, 2018.

On April 19, 2019, she released Abena, her fifth single, in collaboration with Kwesi Arthur.

Gelato, her sixth single featuring Zlatan , was released on August 16, 2019.

Jollof On The Jet, her seventh single featuring Rema & Rayvanny, was released on July 16, 2020.

She partnered with Apple Music in February 2021 to launch Africa’s first radio show.

DJ cuppy net worth according to Forbes, is estimated to be $3 million dollars, which alone makes her the richest female DJ in Nigeria.

How does cuppy make her money?

DJ Cuppy was born into prosperity, so her cars are expected to be extravagant. DJ Cuppy owns a 2016 Mercedes Benz AMG G55 SUV worth about 42 million Naira, so we aren’t disappointed. She also owns a red Ferrari Portofino that worth over 75 million Naira, as well as a white Range Rover Sports 2017 model worth 24 million Naira.

Pictures of DJ cuppy’s cars and her house

Cuppy shared it on Instagram on March 25th, 2019 to notify her followers that she had purchased a Ferrari Portofino.

She wrote the caption:

“Level up! 🏎💨 Shoutout to @Mr_Ferrari_London #FerrariPortofino,” the car features a

She once posted a photo on Instagram of herself posing with her luxurious Rolls-Royce Phantom 8, complete with a custom license plate number.

This beautiful machine here is the type of car everybody wants,.

Her photo shows the mansion where she will be spending her vacation up close and personal. The white-themed luxury home features several indoor-outdoor spaces, including a swimming pool. As you can see, her father (Femi Otedola) didn’t skimp on the lavish property, which has pretty much every amenity a billionaire could desire.

Nigeria’s Minister of Tourism, Culture, and National Orientation (Edem Duke) appointed  Cuppy as the tourism ambassador for the country’s “Fascinating Nigeria” campaign in April 2014. Cuppy, along with three other DJ ambassadors in Nigeria, became one of Pepsi’s DJ ambassadors.

Cuppy was labeled as a Pepsi Official DJ Ambassador on March 20, 2018.

Prior to the 2018 World Cup, she featured in Pepsi’s “#NaijaAllTheWay” all-star commercial.

Cuppy was named a Global Citizen Education Ambassador on June 5, 2018.

Cuppy was named an Ambassador for Save The Children UK on November 28, 2018.

How much is DJ Cuppy worth? (DJ CUPPU NET WORTH)

Cuppy established the Cuppy Foundation in July 2018.  The foundation hosted the Gold Gala in November 2019, raising over N5 billion for the Save the Children initiative.  Dangote and her father also donated to the cause.

Cuppy described her sound as “Neo-Afrobeats,” which is  a fusion of Electro house and Afrobeats, in an interview with Tush Magazine.

Being born into a wealthy family does not make you a mummy’s boy or a daddy’s girl. DJ Cuppy works extremely hard to support herself and is not reliant on her father’s wealth.

There is no such thing as being too young to pursue one’s dreams. When you discover your passion, regardless of your age, look for ways to harness it, train yourself on it, and simply improve.

3. What causes Zlatan and DJ Cuppy to fight?

Afeare Isreal, one of Davido’s aides, uncovered why Zlatan Ibile, a popular singer, blocked DJ Cuppy on social media. He claimed that Zlatan blocked Femi Otedola’s daughter because she failed to reimburse him for the success of her hit song Gelato in 2019. 29th of January, 2021

4. Does DJ Cuppy have a private jet?

As you can see from some of her social media posts, this young lady prefers to travel in luxury cars and by air, just like any other celebrity. DJ Cuppy is also referred to as “Daddy’s little girl.” She travels in her father’s private jet.

she was born and rained in Lagos State, Nigeria

5. Is DJ Cuppy older than Temi?

Temi Otedola, the daughter of Femi Otedola, a billionaire businessman, shared a throwback photo of herself and her older sister, DJ Cuppy, who turns 28 on November 11th.

“Happy Birthday @cuppymusic !!!!!  The big sister I love, laugh with and RESPECT. You are a super woman to me! Proud of all of you are and everything you are yet to be. I know you’ll always have my back. Love you always and forever.” Temi wrote

In 2014, she was nominated for an ELOY Award for Female DJ.

In 2016, the Beatz Awards named her the best female DJ of the year.

At the 2017 Beatz Awards, DJ Cuppy was named Best Female DJ of the Year.

In 2018, the Beatz Awards named her the best female DJ of the year.

These are the title of the single cuppy sang together with the artists she featured.