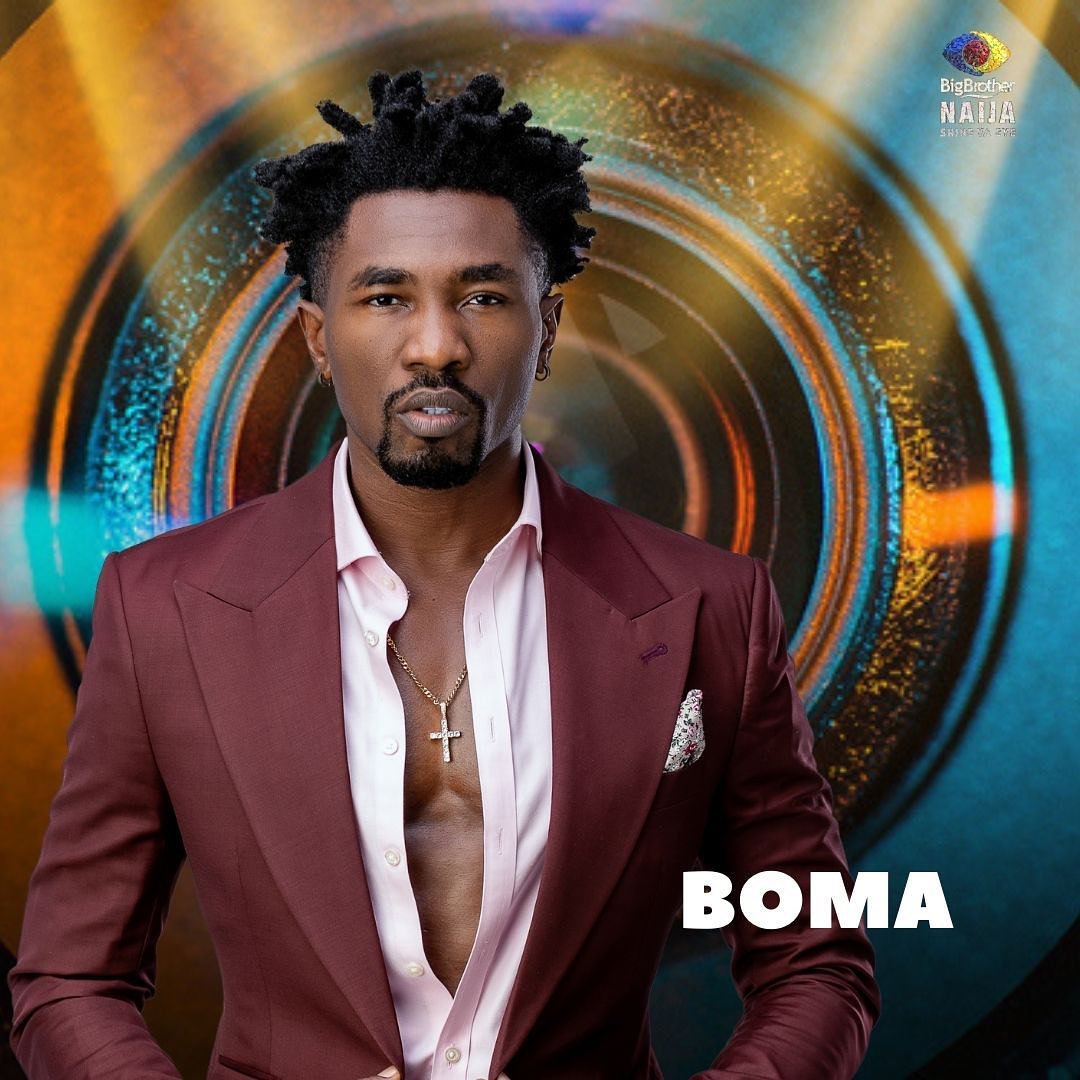 Boma Akpore known as Boma was the first Housemate of the BBNaija Seasons 6 2021.  He hails from Delta State but grew up on the streets of Yaba in Lagos State, Nigeria.

He grew up playing soccer and aspired to be a professional one day. Ola Olowu, the older brother of his childhood best friend, who worked for TBWA, a well-known advertising agency in Nigeria, scouted him in 2003. Boma was chosen to participate in a campaign with MTN, one of Africa’s largest telecommunications networks.

In 2004, he participated in Nigerian Fashion Week, one of the country’s most prestigious fashion shows. Boma was the newest model to walk the runway. He quickly rose to fame and went on to model for top designers such as JD 7, Adedakare Couture, and Emmy Collins.

Boma is still striving for success and achieving his goals.

However, One of the most difficult decisions he had to make was to drop out in his final year because he couldn’t make ends meet, but his life’s high point came when he saved enough money to pay for film school, an accomplishment that was later eclipsed by his graduation.

Boma has ten years of experience in his field. He lived in Europe, where he hustled his way through life. He was also Interested in football, but due to an Injury, He was unable to flourish.

He has been cast as Azibo in the historic upcoming film ‘Protector of the Gods’ by award-winning actor Hill Harper.

Boma was raised by his single mother and grandmother.

Boma describes Himself as “sexy, adventurous, sexy, strong and fit, he also considers himself

While pursuing his acting career, he supports himself by working as a bartender at night and a masseuse during the day.

After experiencing bouts of depression following the breakdown of his marriage and an injury during football tryouts, he is determined “never, ever, to give up” and maintains his faith.

Boma was married in 2017 and walked out of the marriage the same year.

1. What is Boma Akpore’s real Age?